From Riverdale to suspense/horror.

Come to think of it, it’s not too much of a stretch for Riverdale’s, KJ Apa, considering the things that Archie and his gang have faced and dealt with were nothing short of horrifying and life-altering. 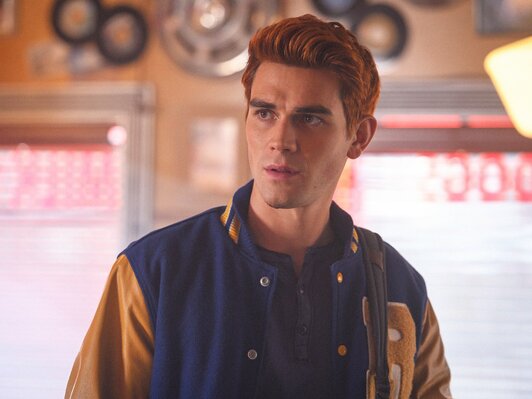 But while the pandemic is still ongoing, what better way to be relevant, or cash in on the situation (that is if one were to view it that way), by filming a movie that is pandemic-ish.

This ill-timed (no other way to call it) movie is set in 2024 (will we have a cure by then?) wherein the current pandemic that is Covid-19 has mutated and has become Covid-23, with the worldwide death toll reaching more than 110 million.

This horrifying backdrop of a story in which the world is in its fourth year of lockdown, has Apa, playing the role of Nico, a courier who is immune to the virus and happens to fall in love with Sara, played by Sofia Carson of Disney’s Descendants.

“It’s a dystopian, scary world, but it’s a romantic movie about two people who want to be together, but they can’t,” said director Adam Mason. “It’s Romeo and Juliet, but they’re separated by her front door and by the virus.”

The movie is produced by Michael Bay and as we can tell from the trailer is as much romance as it is suspenseful and aims to tell an accurate story of how ordinary people would react under extraordinary circumstances.

Songbird doesn’t yet have a release date.