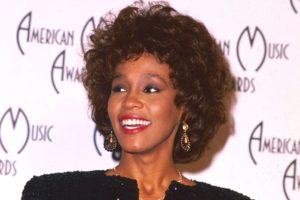 A new biopic for the late Whitney Houston is in the works.

Together with Pat Houston, Whitney’s sister-in-law, and on behalf of the Whitney Houston estate, they are both undertaking to produce a film based on Whitney’s life entitled, “I Wanna Dance With Somebody”.

The film will trace and track her story from her humble beginnings through her tragic death on February 11, 2012. According to the press release that is attached to the project, the movie will be a “joyous joyous, emotional and heart-breaking celebration of the life and music of the greatest female R&B pop vocalist of all time”.

While there is no official director attached to the project, Stella Meghie, whose directorial works include “The Photograph” is in “advanced talks” to direct.

Apart from her, Academy Award-nominee Anthony McCarten, who wrote other real life-based films like “The Theory of Everything,” “Darkest Hour” and “Bohemian Rhapsody,” will be writing the script. 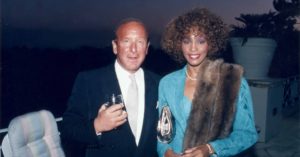 As per Davis, he feels that for all his personal and professional experience with Whitney from her late teenage years to her tragic premature death, he knows that the full Whitney Houston story has not yet been told.

Houston died from an accidental drowning at age 48. The heart disease and cocaine use were contributing factors in her death, according to the coroner’s report at the time.

According to Pat Houston, “Whitney’s legacy deserves only the best that can be given. I stand with the hearts of these partners being the chosen ones to produce a film that’s uplifting and inspiring to all that loved her, giving you a reason to continue to celebrate The Voice that we all fell in love with and will cherish forever!”

She will always be remembered as The Voice. And that voice has sold more than 200 million records, won 6 Grammys, 22 American Music Awards, 16 Billboard Music Awards, an Emmy award and 29 NAACP Image Awards.