Back to the Future….The Musical!!!

Yes, you read it right!

This is not a result of a warped space-time continuum. Our favorite time traveling duo is coming to the stage, with the UK being the first to witness the stage adaptation. 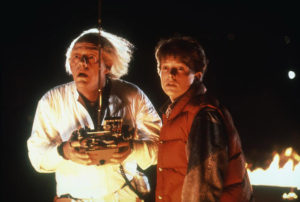 Back to the Future: The Musical has been given the go signal and is expected to zoom onto the stage at the Manchester Opera House on February 20, 2020.

It will, however, later move to London’s West End after 12 weeks, and will include all your favorite hits from the original series as well as some new numbers. Indeed, the show will include the songs, “The Power of Love,’ ‘Johnny B Goode,’ ‘Earth Angel,’ and ‘Back in Time‘!”

The musical adaptation has been planned for quite some time now and  was originally meant to hit the stage back in 2015! Original director Robert Zemeckis, co-screenwriter Bob Gale, composer Alan Silvestri, (Avengers, Infinity War and Endgame) and Glen Ballard (Jagged Little Pill) are the brains behind the adaptation. 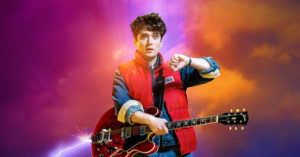 West End stage veteran actor, Olly Dobson, who is known for his roles in the musicals, Matilda, Evita, and Bat Out of Hell has been tapped to play the lead role of Marty McFly, the role made popular by Golden Globe and Grammy-award winning actor, Michael J. Fox.  So far he is the only actor who’s casting has been finalized. Other key roles such as Doc Emmet Brown, Biff, and the rest of Marty’s family have yet to be cast.

The writers and producers are hard at work to capture the magic and spirit of the films in the hopes that the end result be a production that will not only satisfy the young but those who are equally young at heart.