A Taste of Atlantis at DC Super Heroes Cafe 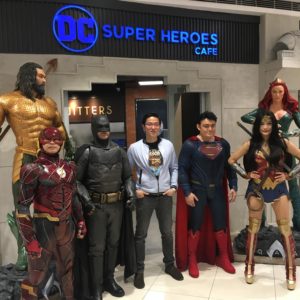 There’s roughly two more weeks till Christmas but most Geeks this Holiday season are eagerly awaiting the cinematic and personal arrival of one of DC’s beloved aquatic heroes, in the personage of Jason Momoa, whom we know and love as Aquaman.

A product of two different cultures, one that of Atlantis and the other that of the surface world, Aquaman whose real name is Arthur Curry has always had to reconcile his duality. And it is a choice, that he has to make each and every time.

Lucky for us movie patrons and foodies, the only choice to make this season,  in celebration of Aquaman’s debut solo film that opens nationwide on December 12, is to be at the DC Super Heroes Cafe, where they recently unveiled the Aquaman inspired menu called the Atlantic Feast. 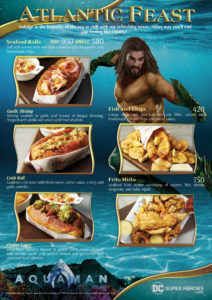 Launched last November 28, the menu ranges from seafood rolls to fried delicacies that are best paired with character inspired drinks. 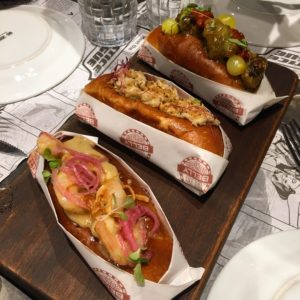 We were first served with a trio of their signature rolls, each deliciously presented and laid before us. First of these was the Seafood Roll, which are soft rolls served with a side slaw tossed in light vinaigrette and homemade chips. 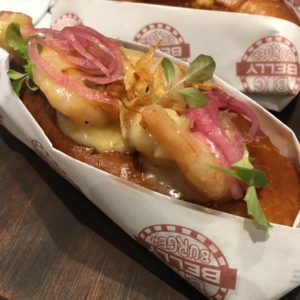 The second roll, which is my personal favorite, is called Garlic Shrimp. This roll consisted of ingredients tossed in a bisque dressing, topped with pickle red onion and shallots fried to perfection. Of course, the generous serving of shrimps sautéed in garlic made this particular roll a winner for me. 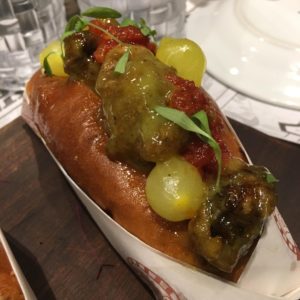 The last roll in the trio called the Oyster Curry, is the most interesting of the three as it consisted of deep-fried oysters tossed in green curry mayo. These are then topped with tomato confit and cocktail onions and garnished with chopped fresh cilantro.

The rolls can be ordered individually for P380 or as a set for P950. 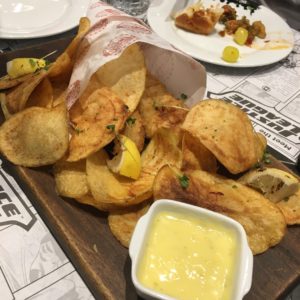 What followed the rolls after were two seafood platters. One of which is a staple for most establishments and the other a hodgepodge of delightful catches from the sea.

The staple that I refer to is DC Cafe’s own version of Fish and Chips; a serving of a crispy deep-fried beer-battered sole fillet served with homemade potato chips and with tartar sauce for dip. And it being one of my favorite dips, one serving will never be enough. Yum! 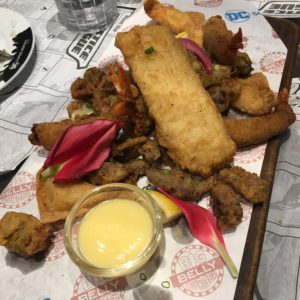 The second is what they call Frito Misto. This is a seafood platter of oysters, dory, shrimp, rangoon and baby squid, once again all fried to perfection.

All of these meals are best paired with the three drinks on the menu and serves to quench your thirst for only P170. 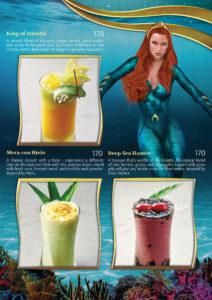 First we had a smooth concoction that blended mangoes, ginger, peach, green apples and secret herbs. It is earthy and yet sweet and is a fitting beverage for royalty. It is aptly called, King of Atlantis.

The second beverage which is a Filipino dessert but with an “aquatic” twist, is a another smooth blend of a shake that is more Pandan based, mixed with fresh corn, frosted cereal and Horlicks malt powder. The name is a play on words but everyone loved Mera con Hielo. 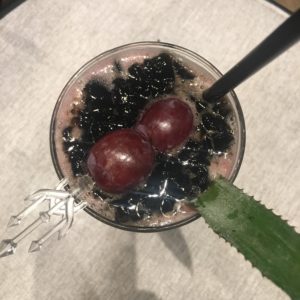 The third drink, which pleases a geek’s need for some villain representation is called Deep Sea Hunter. Inspired by the Aquaman villain, Black Manta, the drink is a unique blend of blueberries, grapes and pineapples, and served with grass jelly on top. A drink that any villain would be proud to sample and finish with delight.

Along with the launch of the new menu that day, DC Superheroes Cafe, also unveiled two more statues that now graces it’s main entrance. These would be the iconic figures of both Aquaman and his Queen, Mera of Xebel. And because this is another significant moment for fans of the DC Universe, it was fitting that some members of the DC cosplay group, Justice PH, were there to support the unveiling and sample the menu.

Currently, the Cafe has partnered with SM Cinemas as those who have seen the film can present their receipt to the DC Superheroes Café to get a 10% discount on the new Aquaman Menu, and vice Versa. (Those who dine at the DC Superheroes Café and avail of the Aquaman Menu can present it to any SM Cinema and get a 10% discount on their movie ticket). This promo period will run from December 12, 2018 up to January 31, 2019 and is only valid in the SM premier malls namely SM Megamall, SM Aura, SM North EDSA & SM Mall of Asia. 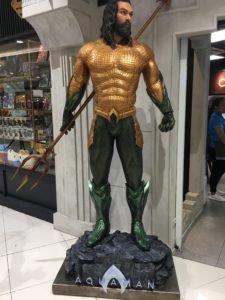 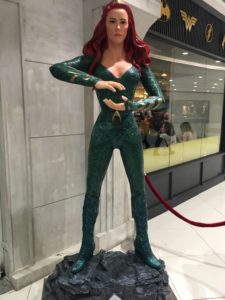 So the the next time you feel the need for seafood, (not to mention the speed at which you can get it) think of DC Superheroes Cafe, located at the 4th level of the Fashion Hall in SM Megamall. They are open from 10am to 10pm

This is the place where your love for the DC Universe and food converges for an enriching Geek and dining experience.