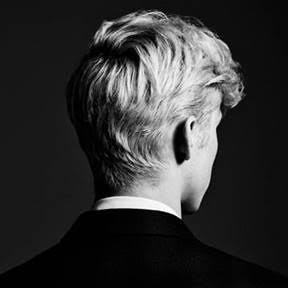 Bloom is the follow-up to Troye’s 2015 debut album, Blue Neighbourhood, which topped the iTunes charts in 66 countries, has sold more than 2.5 million adjusted albums worldwide and is certified Gold in the U.S. It contained the Platinum single “Youth,” which topped Billboard’s Hot Club Play chart.

While deeply personal in nature, the songs capture universal experiences – coming of age, learning from your past and finding a love that inspires you to go out and make yourself a bolder future. Troye wrote them with trusted collaborator-confidants Bram Inscore, Allie X and Leland and recorded the songs with producer Ariel Rechtshaid (HAIM, Usher, Kelela). Then he headed to Sweden to collaborate with Max Martin’s MXM crew on additional tracks.

“I wanted to make sure the music had a really strong sense of identity,” explains Troye. “Then I wanted to explore: Let’s find the poppiest edge of that world.”

Combined streams worldwide of the five tracks Troye shared in in the lead-up to its release have surpassed 550 million. After their unveiling,  “My My My!” and “Dance To This”  featuring Ariana Grande each became the #1 worldwide trend on Twitter.

Here’s what critics had to say:

In a four-star review, Rolling Stone said, “The golden ticket is in the details…Sivan finds a wealth of ways to bring about reflections on age-old themes with undeniable charisma.” Hailing the album as “triumphant” and  awarding it five stars, NME observed, “[Sivan] tears away all the filters to share a deliriously upbeat statement that washes over you like a dopamine rush.

TIME said, “Troye Sivan Is the Perfect Pop Star for 2018…Bloom marks a major artistic achievement, evoking influences from the Velvet Underground to Simon & Garfunkel.” The New York Times noted, “It’s darker, more guitar-driven and at times sexier than what’s come before.” Naming it the Album of the Week, Stereogum said, “the songs are deep and rich and confident….the whole pop sphere is already a whole lot richer with him in it.” L’Officiel observed, “the boy we first fell in love with on Blue Neighborhood is all grown up on Bloom.”

USA Today said, “One of the most intriguing young talents of his generation is Troye Sivan, whose track My My My! is one of 2018’s best singles.” Pitchfork hailed the follow-up single, “Bloom,” as one of the defining songs of the last 50 years of LGBTQ+ Pride while PAPER proclaimed it “an unapologetically radical release.” Idolator praised “Dance To This” as “refreshingly casual…[with] a chorus that leaves you wanting more in the best possible way.“ Rolling Stone said, “On ‘The Good Side,’ Sivan channels Sufjan Stevens’ sorrowful balladry.” Vulture declared “Animal” “the ultimate ’80s slow jam” and OUT said, “The song is a slow, haunting expression of aching love that belongs in the climax of a romance film where someone is starting wistfully out a rainy car window.”