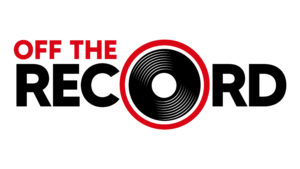 Alternative, resonant, different — three words that are easy to use but difficult to embody. True to form, however, these are exactly what Ricky Ilacad has achieved in the establishment of his own up-and-coming label, Off The Record.

Ricky, a music industry maverick with decades of experience at the helm of Universal Music Group Philippines and Warner Music, has a love for music and the arts that stems from childhood. Proof positive that he’s no stranger to risk and innovation, he was the pioneering force behind alternative, bossa, hiphop, and new wave in the country through the development of artists such as The Dawn, Sitti, Nina, Francis M, and Juan Karlos, not to mention launching what is arguably one of the biggest and most lucrative SMP deals in local music history.

Last October 2020, Ricky’s dream of running his own, independent label finally came into being, well over a decade since the idea first took root. Granted, it happened in the midst of a pandemic that all but shut down multi-million conglomerates and companies with thousands of employees on deck., but when asked why now, with status quo operations in flux and traditional business models struggling to evolve with the new normal, Ricky simply figured why not?

Where most would have shied away from the potential risk and held out until a semblance of normalcy was reestablished, Ricky shares that Off The Record seeks to harness the chaos and creative energy born from quarantine. “The lockdown gave a lot of people time to pause, plan, and really think about what they wanted to create,” Ricky elaborates, “Off The Record gives them the platform to do so.” Which goes both ways, it seems, as the team of young and creative digital natives who are bringing Ricky’s dream to life are themselves representative of the company’s push and passion for the music.

“Our artists are always at the center of what we do,” emphasizes Ricky, which has since turned into a sort of battle-meets-rallying cry. Indeed, Alexa Ilacad, the first of the label’s roster of talents to release new music under them, was involved in every aspect of her hit single Love At First Sight; from production, recording, development, and overall planning. Says Ricky, “Off The Record isn’t a business, it’s a family. Our goal isn’t to just release music and profit off it; we work to bring our artists’ vision to life and create a community for people to come and celebrate it.”

Hits Different is the label’s catch-all and guiding mantra as it seamlessly works around the roadblocks and hiccups in the way of any small, independent team trying to make themselves heard above the noise of now. With Love At First Sight releasing as a Frank Pole remix in February, Jacob Clemente’s cult favorite Naghihintay now available digitally for the first time in 15 years, and more singles and artists in development for release over the next few months, it’s safe to say that Ricky’s vision and approach are serving the label well towards their goal of becoming a force to be reckoned with on the local and international music scene.