#Geek947 – My Friend Pedro: Ballet of bullets and bananas

Blood, bullets, and bananas, those are the 3 words to describe the game, my friend Pedro. This action game pays homage to classic 2d side scrollers so if you’ve played classic side scroller games like battle toads, Metroid, Megaman, Super Mario or Contra, then I guarantee you that you will absolutely love this game. My friend Pedro’s core gameplay is all about style like doing front flips while shooting enemies, pulling off creative multi-kill combos, or back-flipping off a skateboard while shooting bad guys mid-air. Gameplay is fast, exciting, and is filled with so much testosterone that you will feel like ballerina john wick on steroids while playing this game. 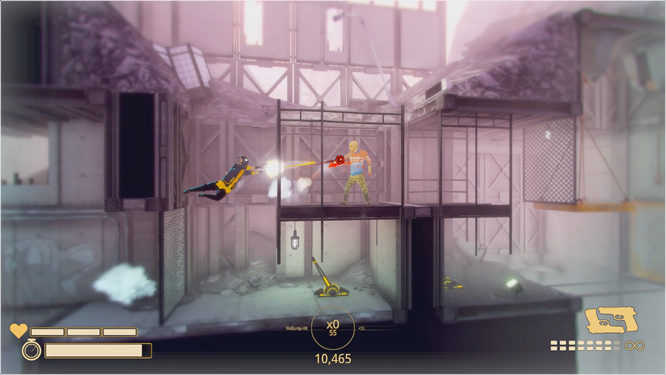 This game is also about maintaining your kill multiplier just like a classic arcade game and you do that by taking out enemies as quickly as possible while pulling off stylish kills, dodging hails of bullets and avoiding damage in order for you to keep moving, the character you play is like a projectile and you have to keep moving forward through the levels to get a better score. Getting a better score requires memorization to where the enemies are, what wild stunts to perform and how to beat the level as fast as possible, so this game is essentially a rhythm game too. Completing a level makes you crave for more action especially when you get an S-rank on a level, it makes you want to play more and experiment with different stunts in order to get a higher score. 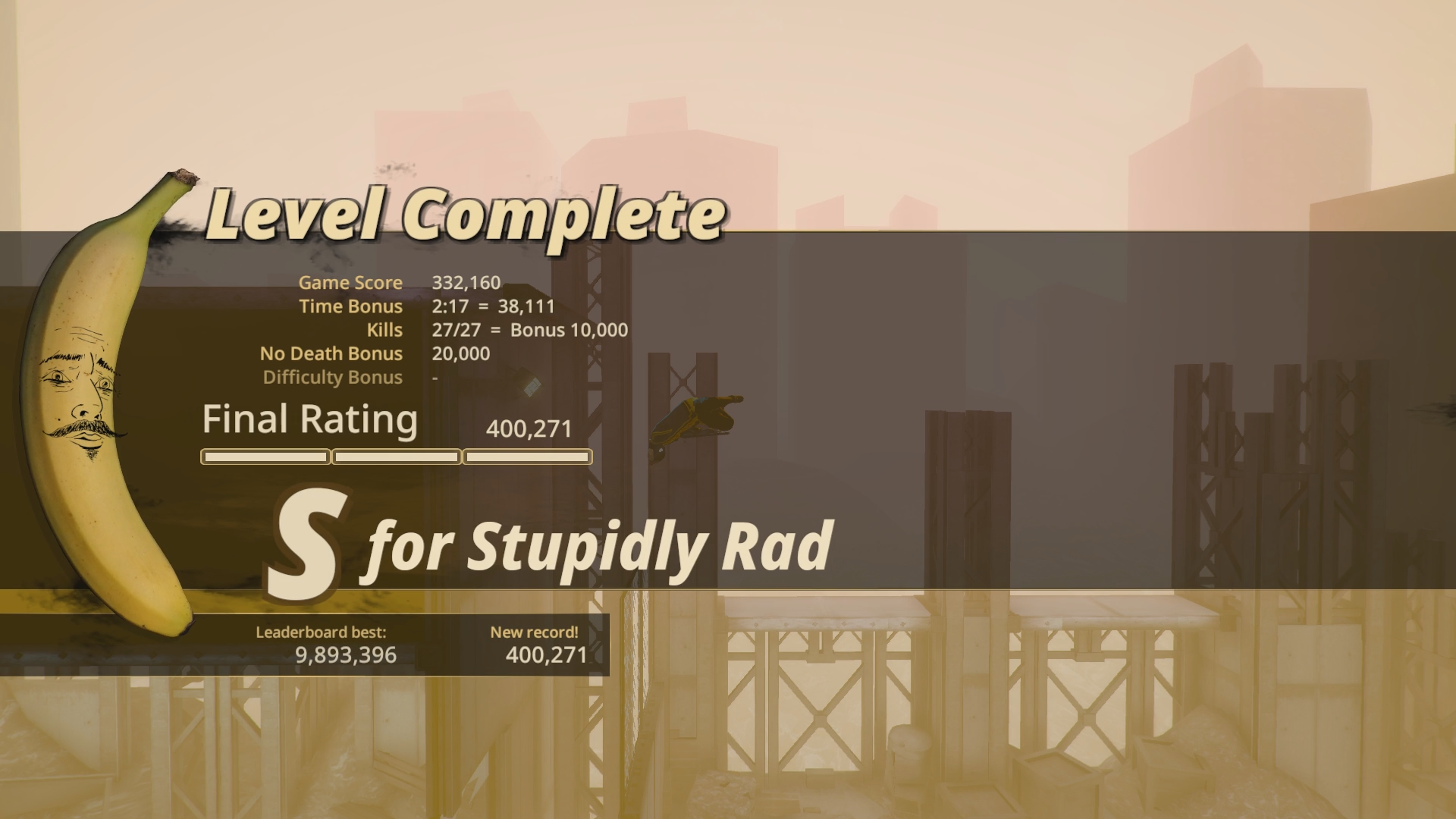 The story of the game is not really a big factor since the game’s selling point is all about the adrenaline fuelled, John Woo style action. The game just starts off with the unnamed character you are using waking up in some sort of butcher shop where you are greeted by your friend, Pedro hence the name. He basically just teaches you the controls of the game and tells you to kill everyone else. Seriously, that’s literally it, you don’t really have to pay attention to the story but thankfully the gameplay makes up for the very simple plot. One of the downsides of this game is that it’s very short, the play time for each level can be completed depending how skilled you are but, in my experience, I was able to complete the game for about 4 hours. I did mention the game is short but it has a fair amount of replay value which is going back to previous levels and getting that S-rank for that specific level. 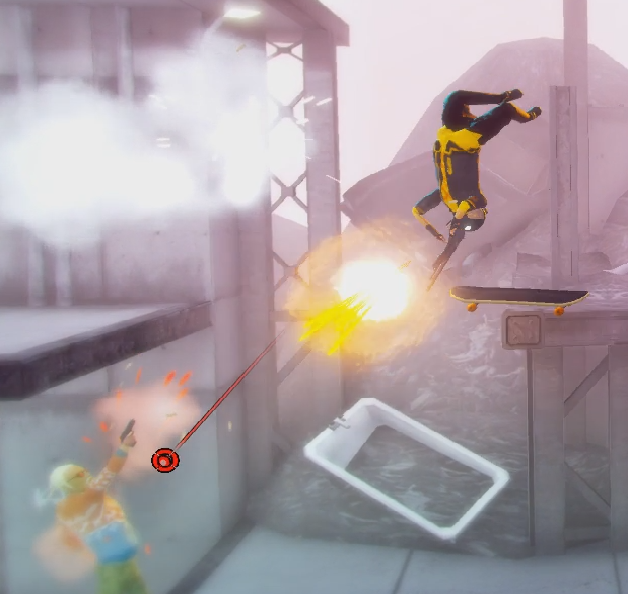 Aside from all the balls to the wall action that this game offers, the soundtrack accompanied by the gameplay is brilliant and should be well commended! The fast pace action blends really well with the game’s soundtrack and is able to capture the game’s tone and atmosphere really well. Getting multiple combos while the game’s music is playing brings out this feeling of hype and excitement as you play and it makes you want to pull off more wild stunts as each kill matches the beat. If I were to describe the game’s music, it’s a beautiful ballet of bullets and bananas, the symphony of violence makes you feel as if you are an unstoppable projectile of death.

My final verdict for my friend Pedro is that it’s a must buy for fans of side scroller shooter shoot em’ ups and is perfect for busy gamers since you can complete a single level in minutes or maybe even seconds if you’re that skilled. I should commend the game for delivering a very polished experience, I personally did not experience any bugs and glitches in my playthrough and there is not much to complain about other than the game being short. I should also note that this game is very affordable on the PC version but a bit more expensive on the Nintendo Switch and this game can run even on a non-gaming pc which makes this game very accessible. Lastly, the game is just pure chaotic fun, once you get over the game’s learning curve, you’ll surely have a blast playing this instant classic. You may probably just play it once after you complete the game but I guarantee you that My Friend Pedro is an unforgettable experience and I really do hope there’s more to come.