Here’s why this couple chose the Volkswagen T-Cross 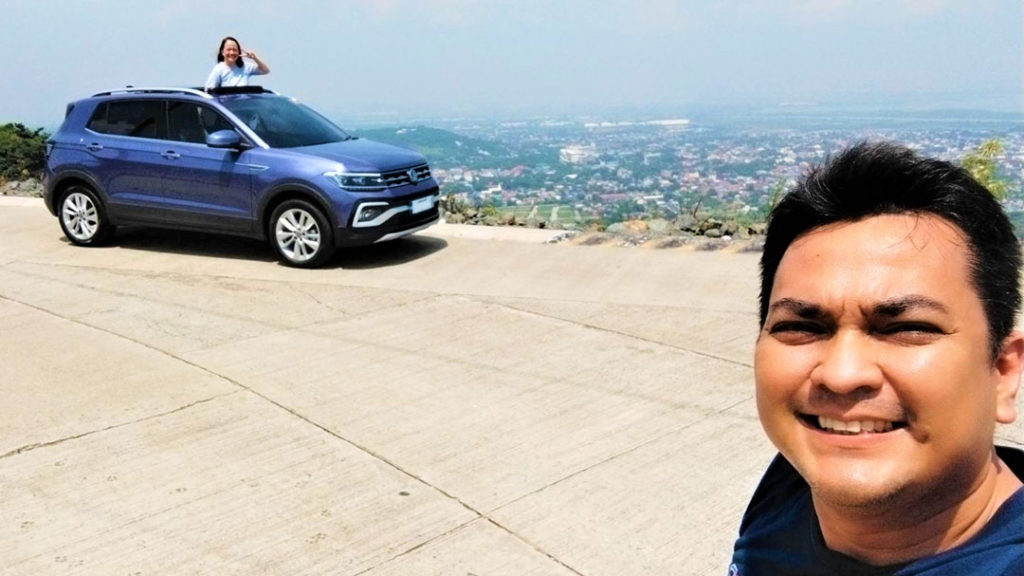 When Mary Grace Enriquez and her husband set out to buy their second, bigger vehicle a month ago, little did they anticipate that they would be taking a path to the T-Cross. But when they eventually did, they couldn’t imagine settling for any other vehicle other than Volkswagen’s multi-faceted subcompact SUV.

The couple’s destiny with the T-Cross began when they felt they needed to have enough space in their vehicle. According to Mary Grace, “Our tiny vehicle suited us when there’s just my husband and I. But when we have to have other people ride with us, it gets really cramped. I said the new vehicle will have to have at least four doors. And because we live in an area where the main road would be flooded during the rainy season, we wanted a vehicle with high ground clearance.  So, we agreed to look at subcompact SUVs.”

The couple found out soon enough that the booming subcompact SUV market was full of choices. The one option that made Mary Grace’s husband giddy, however, was the T-Cross. “The thought of owning a newly released SUV, and a Volkswagen at that, made him really excited,” she said.

They had to resort to their friends’ opinions to help them decide. “We posted pictures of the T-Cross and another subcompact SUV brand on Facebook and asked friends which they would choose. The T-Cross won by a mile, mainly because it’s a Volkswagen, so it’s definitely well-built.  And as a friend based in Australia put it, with the high standards Australia has placed on what touches their soil, there is a reason why Volkswagen is in Australia, while the other brand is not,” Mary Grace narrated.

She added that watching countless videos and reading numerous reviews on the T-Cross gave them peace of mind in their vehicle of choice, but in order to finalize their decision they visited the dealership to get a feel of the T-Cross for themselves. “After repeated test drives at the Volkswagen dealership, the T-Cross proved its comfortability when we were on the road and it absorbed the bumps we encountered.” Mary Grace describes.

What made them ultimately choose the T-Cross were the many thoughtful design, safety, and functional features that allowed the couple to enjoy more than just one aspect of the vehicle. For Mary Grace, she was “drawn to its safety features. Being a new driver, knowing that Volkswagen’s technology will keep me safe in possible unforeseen events puts me at ease.”

Additionally, aside from the T-Cross’ unique features and trendy design such as its infotainment system with Apple CarPlay, panoramic sunroof, and its leather and fabric seating material, Mary Grace adds that her husband enjoyed the functionalities of the T-Cross and “was overjoyed to find that the T-Cross has cornering lights. I suppose he has never experienced this in his years of driving.”

In a future that diverges to so many possibilities, Mary Grace said she chose the one that converges, instead. “I chose what is complete in one package—the vehicle where style meets comfort and safety.” This choice is now moving Mary Grace and her husband to so many more things.

Find out how the Volkswagen T-Cross can mean more than one thing for you, just as it has for Mary Grace and the over 300,000 owners around the world since it was introduced a little over two years ago.