Ah, what to do during this pandemic?

Cook. Sleep. Learn a new hobby. Eat. Sleep some more… or you could read.

Anything to take the boredom away and make living during a lockdown a little more bearable.

Lucky for readers and especially Harry Potter fans, the boy with the lightning scar himself, Daniel Radcliffe is one of the several celebrities who are reading “Harry Potter and the Sorcerer’s Stone” (Philosopher’s Stone for the UK Edition) in order to keep us company and entertained at home during this deadly pandemic. 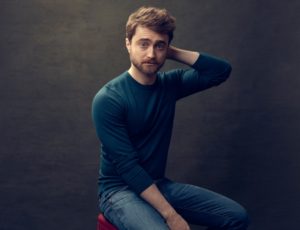 Radcliffe, who is 30, kicked off the first reading of the first book of the Seven-book opus by reading the first chapter titled, “The Boy Who Lived.” In a video released just this Tuesday, Daniel read to fans and readers from his couch.

The remaining 16 chapters will all be read but by other stars from the Wizarding World, and these include Claudia Kim and Eddie Redmayne from “Fantastic Beasts” as well as Noma Dumezweni, who played Hermione Granger from the stage adaptation of the only official sequel to the entire opus, “Harry Potter and the Cursed Child.”

Surprise! We've got a treat for you…From today, amazing friends of the Wizarding World are going to take turns reading Harry Potter book one.

And to start us off with Chapter 1, we think you’ll agree we have the perfect narrator…?? #HarryPotterAtHome
https://t.co/w9K77akbou pic.twitter.com/Q03PmjeD5d

But the reading will not only be for those associated with the Potter Universe. Stars like David Beckham and Dakota Fanning are also slated to lend their voices. The read chapters will be released weekly on the Wizarding World website and also on Spotify.

These readings form part of author J.K. Rowling’s “Harry Potter at Home,” which is a free online hub that was launched last month that also provides articles, puzzles and more Potter goodies.