We know that some good things never last.

But what if just started?

That’s what recently happened when the streaming service of the DC Universe, decided to pull the plug out on Swamp Thing. Just one episode after it’s airing on it’s own service, Swamp Thing is the recent DC property that got the boot. 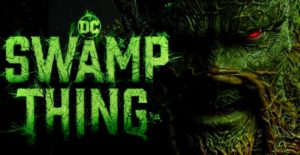 The cancellation caught everyone by surprise as both the show was warmly received by both critics and fans. And while this kind of acceptance is the kind of reception that every show that debuts hopes to achieve, apparently it is not enough for both the streaming service and Warner Media. Both outlets have not given an explicit reason for the said cancellation.

The show, which is based on the comic book character originally created by Len Wein and Bernie Wrightson  begins with an investigation into an epidemic that has plagued the small town of Marais in Louisiana.  Enter CDC specialist, Abby Arcane, played by Teen Wolf alumnus, Crystal Reed. She meets Alec Holland (Andy Bean), who is a passionate scientist who wants to find the source and cause of the epidemic but is killed when powerful locals exert their influence in order to protect their vested interests. But in an ironic turn of events, Alec doesn’t die when his body is dumped into the swamps but fuses with it and thus becomes the titular character, who is played by Friday the 13th actor  Derek Mears.

Swamp Thing had originally requested $16.3 million in funding from the state for a total of 13 episodes, but then scaled back production to 10 episodes. But it’s unclear whether the decision to halt production had to do with budgetary reasons or creative differences.  But whether it’s budgetary concerns or the failure to tweak the storyline as early as the first episode as rumor suggests, the show is still expected to finish its 10 episode run but will not be renewed for a second season.