Lenovo is currently holding a promo that is sure to please gamers and Star Wars fans alike. Until supplies last, every purchase of selected Legion gaming laptops will now come with a free Star Wars™: Jedi Challenges augmented reality (AR) bundle.

The Star Wars™: Jedi Challenges bundle is Lenovo’s first foray into the AR gaming space. Launched last year, the gaming bundle features a smartphone-powered Lenovo Mirage AR headset, Tracking Beacon, a Lightsaber controller that looks exactly like the one in the films, and hours of Star Wars gameplay.

With the Jedi Challenges main game, players can hone their Jedi talents across a variety of augmented reality-based experiences, each offering multiple levels of deep and immersive gameplay. Some of its game features include:

“We see tremendous opportunity to continue bringing cutting-edge innovations to the gaming community in the Philippines. Beyond PC gaming, Lenovo is also increasing its foothold in developing immersive AR experiences, as seen in Star Wars™: Jedi Challenges. We will continue to excite Filipino gamers with the best-performing devices,” said Michael Ngan, Lenovo Philippines Country General Manager. 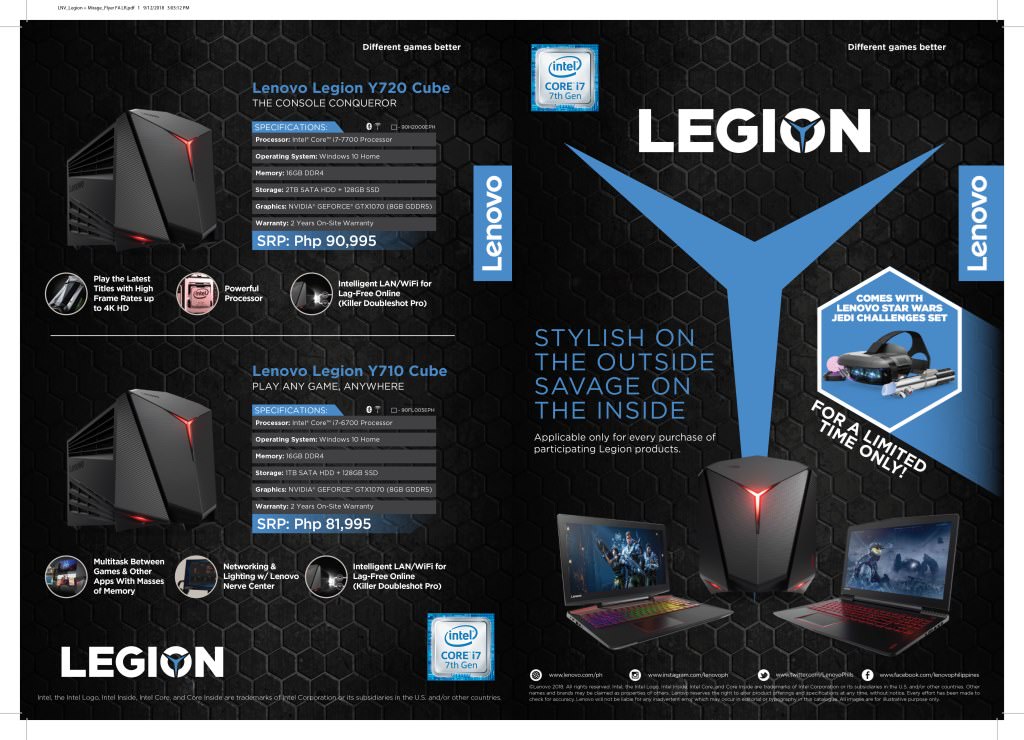 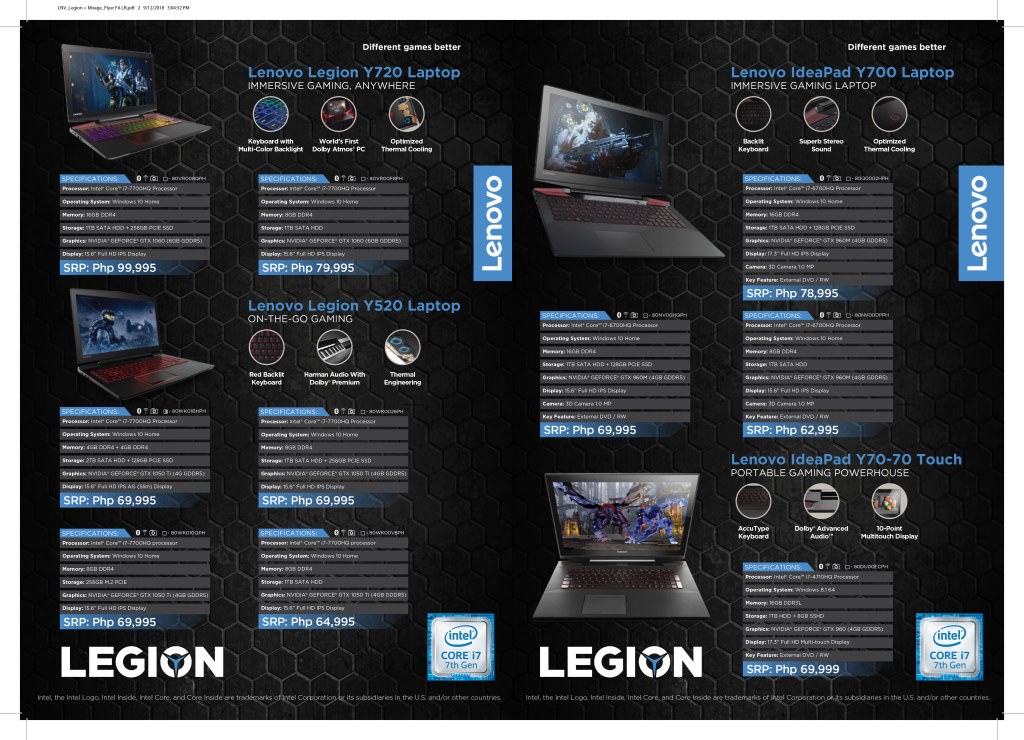 Included in the list of participating Legion products is the Legion Y520. With its 7th Gen Intel® Core™ i7 processor and NVIDIA GTX 1050 Ti 4GB discrete graphics, it can handle graphics-heavy games with ease. It comes up to 2TB HDD storage, 2 x 2W Harman™ Certified Speakers with Dolby Audio™ Premium, and an optional backlit keyboard, wrapped in a smudge-resistant body. It is only 25.8 mm thick and weighs a mere 2.4 kg, making it a perfect gaming laptop for on-the-go players. The Y520 is available at major electronics stores with a starting price of ?64,995.

Other Legion laptops that will be bundled with Star Wars™: Jedi Challenges include:

There will also be gaming devices not part of the Legion lineup but will included in the promo: