Director Taika Waititi is on board for Star Wars

Star Wars day, May 4th, may have come and gone recently but fans of this Galaxy from far, far away certainly had a reason to be celebratory and jubilant this year.

That’s because just this Monday, Walt Disney Studious announced that New Zealand director, Taika Waititi is set to direct a new Star Wars movie. He is also slated to co-write the screenplay along with Krysty Wilson-Cairns. 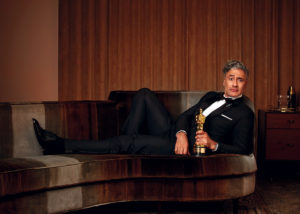 Fans and moviegoers alike will remember Taika and his directorial direction for Thor:Ragnarok and playing Kord as well as winning the Academy Award for Best Adapted screenplay for “Jojo Rabbit” along with directing the first season finale of the Star Wars series, “The Mandalorian” on the mouse’s streaming service, Disney+.

The universe that George Lucas has begun back in 1977 continues to provide content and stories as there is also a new yet-to-be-titled series is in the works for Disney+, but this time with Leslye Headland at the forefront as the writer, executive producer and showrunner.

These two projects are just part of the growing list of new “Star Wars” content for Disney. The second season of The Mandalorian is currently in post-production and according to the House of Mouse, there are also two (2) more Star Wars TV series in production.
A great time to be a fan and a Geek!
Truly, The FORCE is with us!
Prev Next