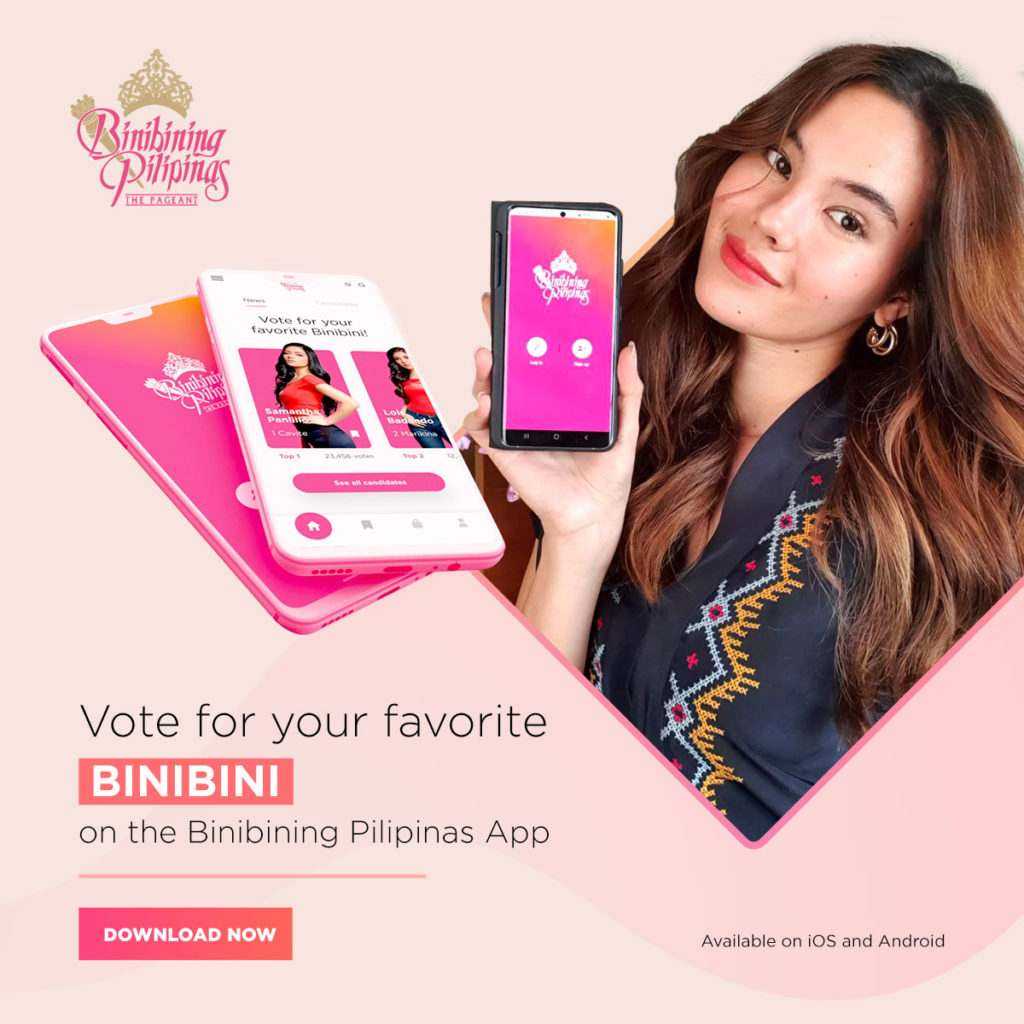 With just a matter of days before the grand coronation night, Binibini fans can help their bets advance to the finals digitally!
Binibining Pilipinas has launched a brand new mobile app, where netizens can vote for their favorite candidates. The candidate with the highest number of votes will automatically secure a wildcard spot in the semifinals on July 11.
A registered app user can cast one vote per day only. Voting will run until midnight of July 10.
The mobile app will also provide users with information about each candidate, as well as exciting pageant news and updates. It will also link to the much-awaited online merchandise store.
Binibining Pilipinas mobile app is available for both Android and IOS users. Look for the app via Google Playstore or App Store, or go to this link: https://qrco.de/bcCykH. Registration and voting on the app are for free.