Visiting the Multiverse on IMAX Cinemas 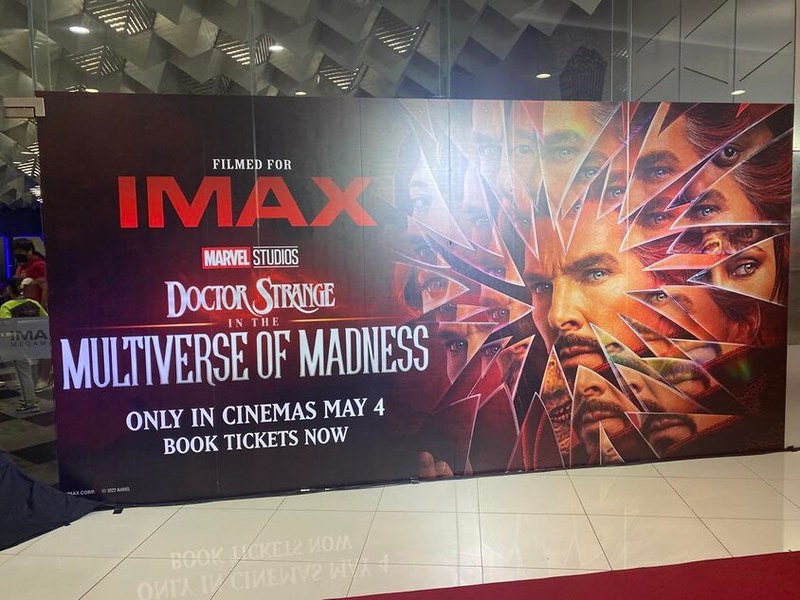 One of the great things about Marvel is its equal ability to tell great stories while at the same time breaking down barriers. From non-traditional casting to tweaking a character in order to provide a more realistic feel while staying true and paying homage to its comic book origins, it is a formula that the Marvel Cinematic Universe, or MCU, has been known to adopt and has successfully done so in the past decade.

Now that we have entered the current Marvel Phase 4 which weaves in story arcs told via their television properties aired on Disney+ like Wandavision, The Falcon and the Winter Soldier, Loki, Hawkeye, and more recently the animated series, What If and the current successful Moon Knight, the landscape of which these stories are told has just gone deeper if not wider.

One example is the current Marvel film, Doctor Strange in the Multiverse of Madness.

Best seen on IMAX theatres, the film is the second installment of his own movie series and one that has excited a lot of comic book fans and piqued the curiosity of many moviegoers. For starters, it fully embraces the concept of the Multiverse and has laid it all for movie viewers to digest, cementing the fact that the MCU we know is not the only version that is out there. 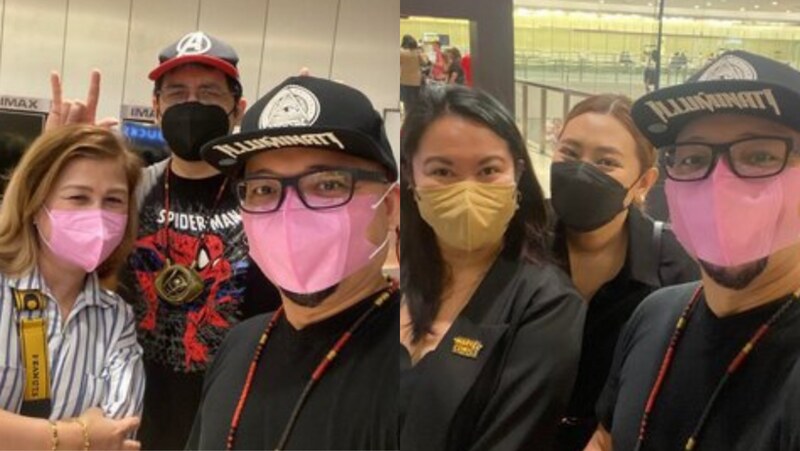 For example, the film has another  Doctor Strange, referred to most as “Sinister Strange”, as well as the “Zombie” strange, not to mention other surprise cameos that will definitely have audiences cheering all throughout the film.

Our own DJ CAZ was invited to attend the special Fan screening last May 3 at the IMAX theatre in Megamall. This marks the official opening of the cinema since its closure due to the onset of the pandemic. Like most cinemas, proper protocols were implemented for the new normal with seats sanitized before viewing, and audiences were advised to keep their masks on while viewing the movie.

Being a cosplayer himself, CAZ, suited up, along with his other cosplayer friends as the comic book iteration of Defender Strange and one that fans will see a version of at the beginning of the film. Incidentally, there were two different screenings that day, the special fan screening in the morning the premiere showing in the evening attended by more celebrities and bloggers alike. 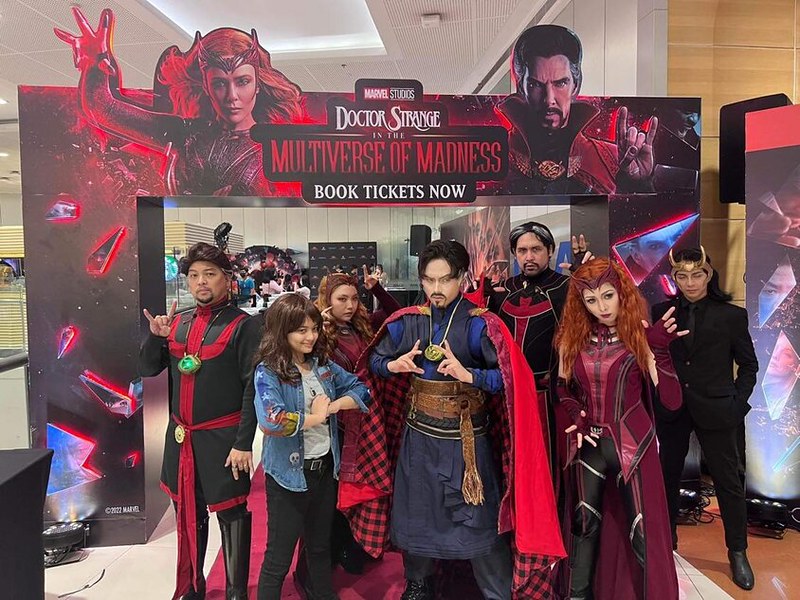 The film has drawn numerous gasps of delight and surprise from fans and critics alike and delivers on the promise of “madness” with a touch of horror for good measure, as expertly crafted by the master director of horror, Sam Raimi. This is not Raimi’s first superhero film as he was responsible for directing the first three Spider-Man films with Tobey Maguire, which were made then with Marvel and in partnership with Sony Pictures. 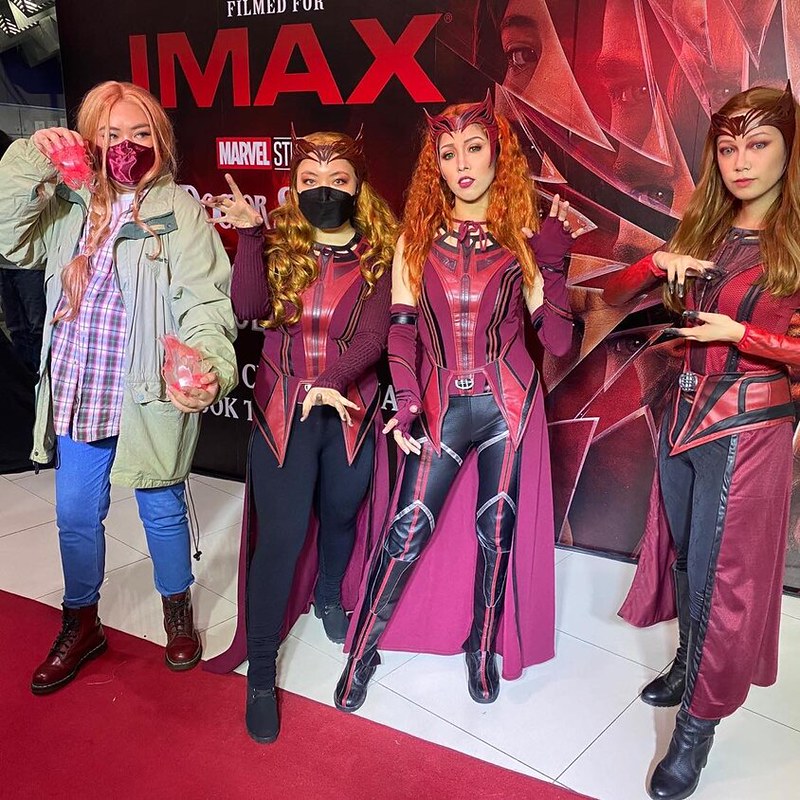 While it is best to have been in the loop with the events of the MCU up to this point by watching Wandavision, the animated series What If and Spider-Man: No Way Home,  it is not a basic requirement to have seen them provided at least one has seen the first Doctor Strange film and the last two Avengers film which were Avengers: Infinity War and Avengers; Endgame.

Thank you to Marvel Philippines, Walt Disney Studios PH, SM Cinema, and Ralph Cruz for inviting and allowing us to see the movie before it officially opened in the US.

Doctor Strange in the Multiverse of Madness is currently being shown in SM Cinemas and is best seen on IMAX cinemas in SM Malls. 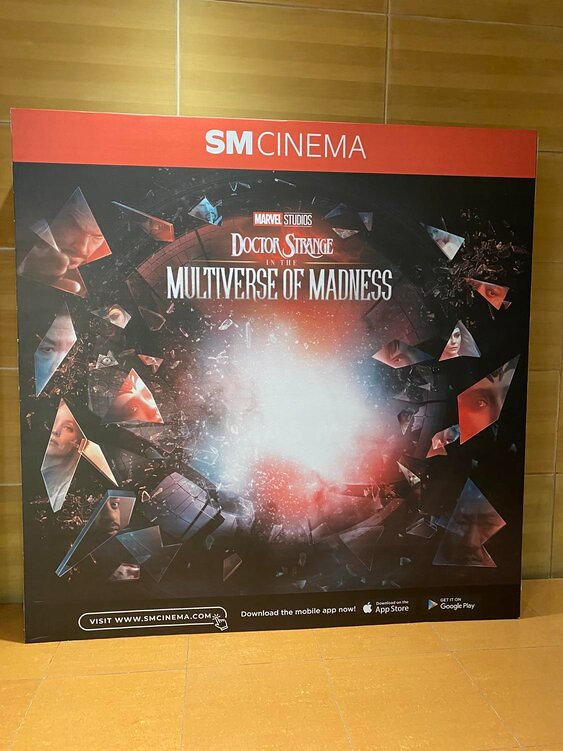