The Oscars are delayed

With everything in almost all sectors of the entertainment industry being moved due to the pandemic, from concerts to movies to comic-cons, it’s no surprise that the biggest night for movies should follow suit as the films that it supports and stands for have all been derailed by the Covid-19 juggernaut that no one saw coming.

The Academy of Motion Picture Arts and Sciences in the US recently announced that the 93rd Oscars will no longer take place on the date planned, which originally was just this February 28.
The board of governors revealed the show will take place instead on April 25, 2021. 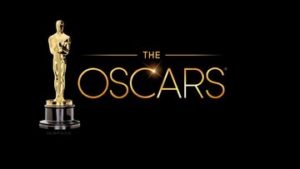 “For over a century, movies have played an important role in comforting, inspiring, and entertaining us during the darkest of times. They certainly have this year. Our hope, in extending the eligibility period and our Awards date, is to provide the flexibility filmmakers need to finish and release their films without being penalized for something beyond anyone’s control,” Academy President David Rubin and Academy CEO Dawn Hudson in a joint statement also added that the Academy has agreed to extend the window of eligibility for films, which usually follows the regular calendar year. For the 2021 Oscars, the new window has been extended until February 28, 2021.
This also follows that the Submission deadlines have also been pushed back.

The ABC network and producers have not yet said how the delay or the ongoing coronavirus would impact the format of the actual broadcast.

The Academy Museum of Motion Pictures, which had been set to open on December 14, 2020, will now open on April 30, 2021.
This is actually not the first time in movie history that the Oscars were postponed. The last time this happened was back in 1981 when the ceremony proper was delayed by 24 hours, following the assassination attempt on then-President, Ronald Reagan.
The adjustments to the 2021 ceremony come roughly three months after the spread of the coronavirus have affected life in the United States and all around the world, thereby disrupting and altering every corner of life, including the entertainment industry.
Prev Next