The end of the SUPERNATURAL rope… 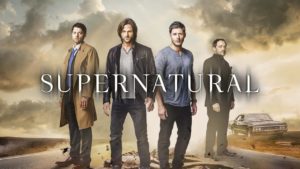 When someone would ask what is the longest running show on Western television, the answer would be Gunsmoke. This a TV Western that ran for 20 years beginning as a radio series first in 1952. And although the popular animated TV show on Fox called The Simpsons has already surpassed that with currently 30 seasons under its belt and totaling a number 657 episodes in full, fans of the show Supernatural felt like it was their show that will outlast these titans.

Having been recently renewed for a 15th season, the show which airs over the CW Network has 303 episodes under its belt and has a massive fan base all over the world.

So when stars Jensen Ackles, Jared Padelecki and Misha Collins took to social media last Friday to announce that the show is being cancelled, the death knell reverberated throughout the known fandom. This only comes two weeks after the CW has announced that they are also pulling the plug from one of their cash cows, Arrow, which stars Stephen Amel and ran for 7 seasons in total with 155 episodes under it’s belt. It’s upcoming 8th would be the one that would tie all loose ends together. 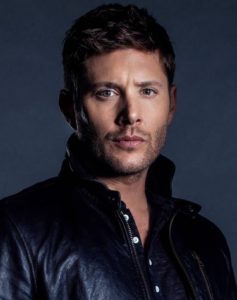 Jensen Ackles, who plays Dean Winchester, the elder of two brothers who have continued their work as hunters, like their father, and who help solve and eliminate supernatural incursions into our world, says that the show has been a major part of his life. The final season would be the ultimate, big, grand finale of an institution.

Jared Padelecki, who plays Sam Winchester, has admitted that they have shed tears and in spite of everything are grateful to have been part of a show that has gone through so many ups and downs.

Every one’s favorite Angel, Castiel, played by the lovable Misha Collins, has added that the Supernatural family is not going anywhere even if the show is ending it’s long run with a 20-episode season.

In a video shared on Instagram, the 3 main stars of the show can be seen visibly shaken and puffy eyed. Jensen added also a thank you to the show’s creator, Eric Kripke, saying that “In a show about family, it is amazing, and it is the pride of his life, that it became family.”

While some netizens have voiced their surprise about how could the CW let go of their cash cow, others took to Twitter saying that the demise of the show has long been overdue. Having killed the two leads, brought them back, brought the Devil into the world, defeating him and seeing him again, on top of ushering other apocalypses that eclipses and adds to the mythology of Western religion, the show has done so much and still feels that there is more that they could do. 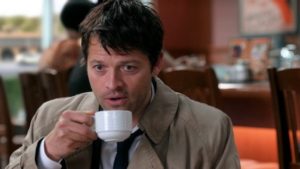 But as in any art form, art that is this long-running, art that has affected and brought a lot of people together, it must continue. And it will probably will in some way or form. Buffy the Vampire Slayer as well as Charmed, and Smallville have all continued their respective seasons in comic book form. Whose to say that Supernatural won’t follow suit? Like the principle of energy it cannot be destroyed, only change form.

In a fandom where the voices of the fans are the loudest, they will always be heard. And upon hearing them, we won’t be surprised that the voices will be as resoundingly loud as they are while we await and hope that action must and will be taken.

The season finale for Supernatural’s current 14th season is expected to air on April 25, 2019.