In keeping with the yearly reveal at the recent D23 Expo in Anaheim, Disney has announced its plans for a brand new Star Wars vacation experience.

Located in the heart of Disney World Resort in Florida, it will be the first of its kind as guests will be able to check themselves in for a 2-night stay inside a Galactic Starcruiser!!!

Being a guest inside the cruiser, guests will be able to interact with the characters onboard and actively participate in activities all designed to be part of and encompass their “Galactic Journey”. Those who attended the D23 Expo were also treated to some advance visuals and rendering of the Starcruiser that has been named Halcyon. 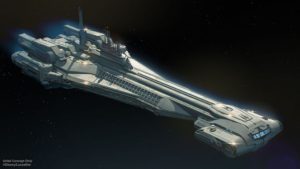 This coming September 29, a special detailing the development of upcoming attractions will be shown exclusively on the Disney owned cable channel called Freeform. The special will give viewers a behind-the-scenes look at the new lands in the Walt Disney World Resorts in Florida and the Disneyland Resort in Southern California. No doubt the earlier reported Avengers Campus located in the Disneyland Resort will be included in the feature.

The 2-hour special entitled Star Wars: Galaxy’s Edge- Adventure Awaits will be hosted by Neil Patrick Harris and will be immersive enough to allow audiences to explore new lands and learn how the new planet named Batuu came to life. With celebrity guests like Kaley Cuoco, Keegan Michael-Kay, and Jay Leno among others, Imageneers and Disney Cast Members are also expected to make appearances throughout the special, which will give viewers insider details into the ever-growing and ever-expanding world of Star Wars that is just outside, the galaxy’s edge.