Special Service promo for your 2003-2013 Vios in September 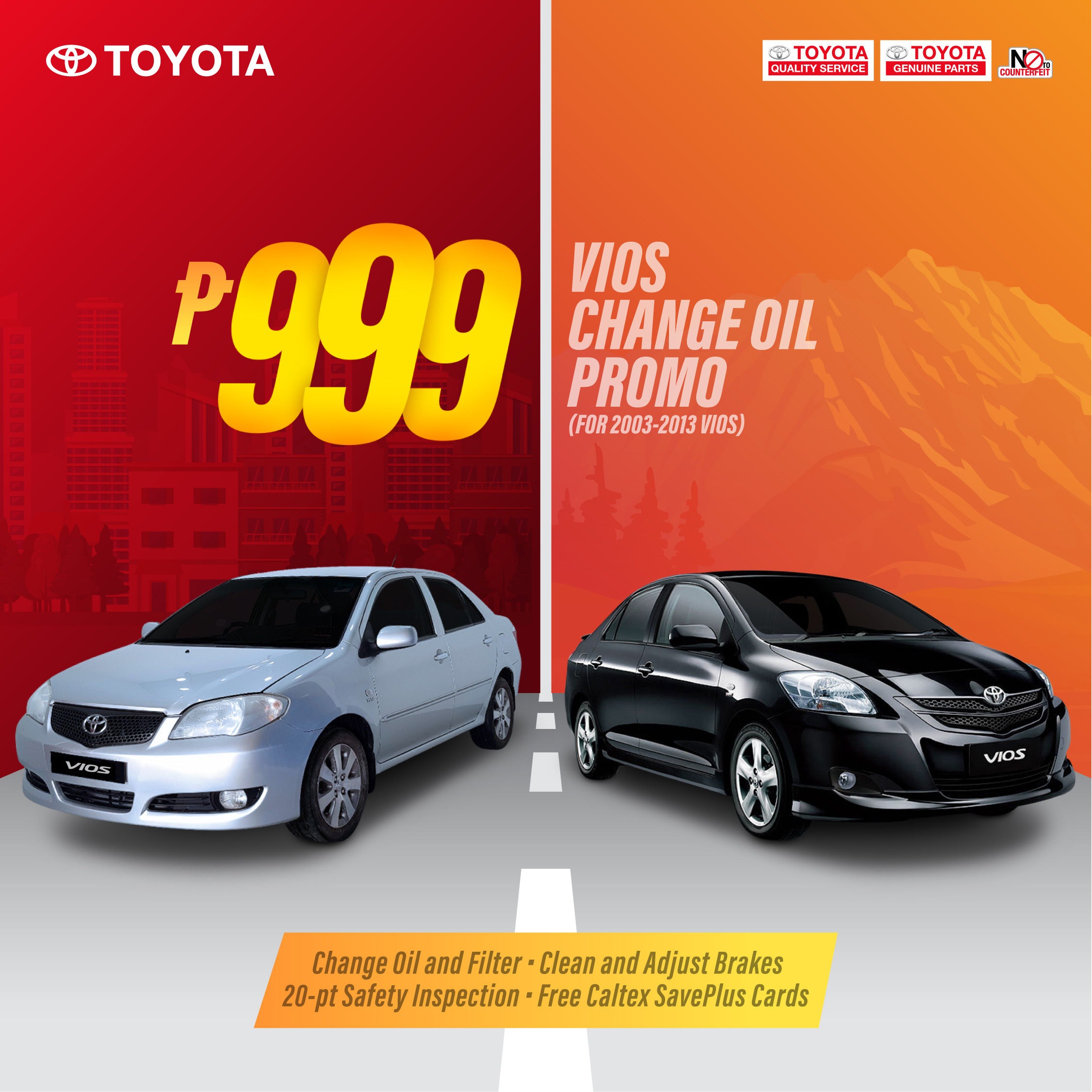 The Vios 999 promo can be availed in all 70 Toyota dealerships nationwide, with no special requirements needed. Customers simply have to bring the vehicle to a Toyota dealer, where dedicated Service Advisors will brief and assist them on the promo package and its inclusions.

“Aside from the first and second generation Vios units, we are also extending this offer to 2013-2018 third generation Vios models deployed as Grab cars to support our partner-drivers, who use the ever-reliable Toyota Vios to serve the public and earn a living for their families,” said TMP First Vice President for Customer Service Operations Mr. Rainnier Gregorio.

“Toyota supports its customers for the entire duration of their car’s life cycle. Our dedication to aftersales service is one of the core values that makes us number one,” he added.

To know more about the Vios 999 promo, please inquire at any of the 70 Toyota dealerships nationwide, or call the Customer Assistance Center Hotline at 819-2912.