Something NEW from the Queen

Beyonce may have been keeping to herself for quite a while but she is back with a new single.

Taken from the soundtrack of the film, “King Richard”, this song is her latest single to drop.

The film which stars, Will Smith chronicles the life of tennis players, Venus and Serena Williams during their early years and how their father came to be their primary influence when it came to forming and honing their talents. Throughout the film, Will acts as their parent, mentor, and disciplinarian, all of which later has led to both girls having a stable and successful career as world-class tennis players. The biopic is centered more from the perspective of their father named, Richard.

The new song entitled, “Be Alive” is an orchestra-laden anthem, with a powerful vocal by Beyoncé and has already started to create chatter as the backdrop to the trailer of the film and can also be heard over the end credits of the film itself. 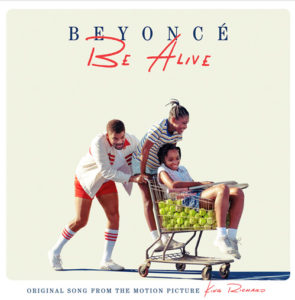