Something New from One Direction

Heads up Directioners, something New from the group is coming your way.

In celebration of their 10th year Anniversary, the group has announced that it has produced new content. While it’s not the official reunion that most fans have been waiting for, it is still a good sign that the members are still in touch amongst themselves and have gotten together to at least give back to the fans who have always been there since Day 1. 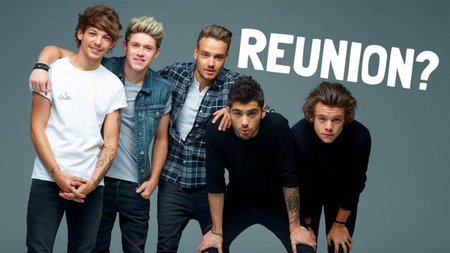 In honor of the special occasion, the band is launching a brand new anniversary website and will release a celebration video especially made for their fans.
In addition to the website, there are also plans to release a new playlist that is above all, interactive, as well as reformatted EPs featuring B-sides and rare songs, remixes, live recordings, and acoustic versions of tracks.
So just how interactive?
For starters, the site will set up a timeline charting the history of the group, from the first audition on the British show “The X Factor,” up to the start of their hiatus.

This particular timeline will also include an archive of music videos, artwork, TV performances, behind-the-scenes, and rarely seen content. How about that? One site for all the content that you have not seen and may want to see again.

Apart from that, visitors will also be able to generate their own shareable “mixtape” playlist on the site. Sources say that this will be personalized according to how they’ve interacted with the site’s content and the eras they’ve spent the most time exploring.
Now, the beauty of sharing in this digital age, is that fans will be able to connect to selected streaming services in order to save the mixtape playlists to their respective accounts.

A special “10 Years of One Direction” website will launch on July 23, which marks the group’s actual anniversary.