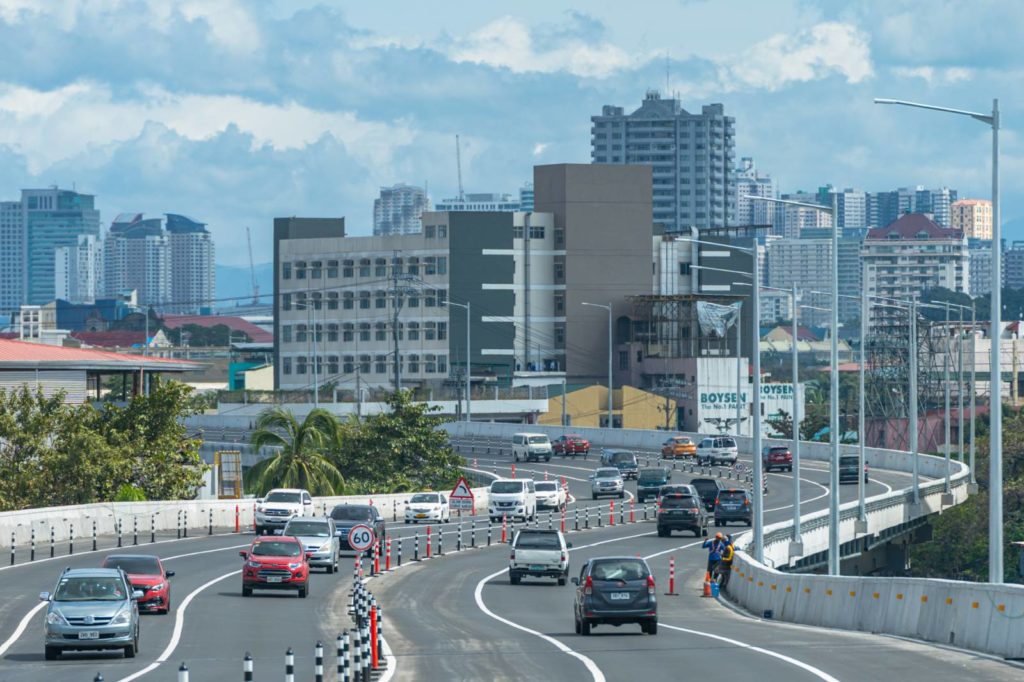 This, following the issuance of a Toll Operating Permit and a Notice to Start Collecting Toll by the Toll Regulatory Board (TRB) on Skyway Stage 3. The company, through its SMC Infrastructure, will post the final approved toll rates at the toll plazas prior to the start of toll collection.

SMC president and chief operating officer Ramon S. Ang said that the revised toll matrix, as approved by the TRB, takes into consideration the pandemic, its impact on the economy, and on Filipinos.

“We thank the TRB for helping us determine the most equitable toll rates for our motorists.  We know from experience that times are hard for many, and even a little relief for motorists can go a long way. These toll rates reflect our deferral of the collection of a substantial amount of the cost to build Skyway 3. We also further lowered the rates for those traveling shorter distances,” said SMC president Ramon S. Ang.

Ang said the tolls it will collect will provide the company revenues to ensure continued efficient operations, maintenance, and safe driving conditions on the elevated expressway–particularly as daily traffic puts a heavy strain on the road infrastructure, necessitating significant maintenance costs.

Prior to the soft-opening of Skyway 3 at the end of December last year, SMC had opened the Buendia to Plaza Dilao section of the elevated expressway in July 2019. The northbound Quirino off-ramp was then opened in December of that year.

Use of these sections have been free to the public ever since.

It has reduced travel time from Alabang to Balintawak and vice versa, to only 30 minutes from the previous three hours, and from Buendia to Balintawak, to only 20 minutes– saving motorists not only precious time but also fuel and maintenance costs.

With a capacity of 200,000 vehicles per day, it has also significantly decongested traffic on major Metro Manila thoroughfares, including Edsa and C-5.

With the start of toll collection, government can now also start generating significant income from the expressway, as it imposes a 12 % VAT on all toll fees.

SMC, which fully-funded the construction of the project with no government funds or guarantees, had spent over P80 billion–more than double its original cost –to complete the project over a period that spans two administrations.

Much of the delays and additional costs were due to numerous contentious right-of-way issues that caused major redesigns and realignments. SMC also shouldered the cost of reconstructing three Metro Manila bridges.

Some of the revisions to the original plan include:

• Realignment on San Juan River because of ROW unavailability

• Adjustment of location of Nagtahan Rampways to mitigate traffic in Quirino Ave.

• Right-of-way acquisitions, including relocation of utilities

Ang added that with the economy slipping into recession in 2020 due to the COVID-19 pandemic, the opening of Skyway 3 last December, along with its continued investments in major infrastructure projects, was meant to help boost and build confidence on the Philippine economy.

Since the pandemic started, SMC has been at the forefront of private sector initiatives to mitigate the impacts of the pandemic.

It has spent over P14 billion on various nationwide relief and response efforts, including donating food to the poorest communities, reconfiguring its liquor operations to produce disinfectant alcohol for donation to hospitals, and donations of life-saving medical equipment and supplies to hospitals and health facilities.

Since March 2020, it has also provided medical front liners unlimited free use of all its expressways, “as a show of support and solidarity for our heroes who save lives,” Ang said.

The company has since reported that total waived fees reached P246 million over 15 months. SMC is the only private expressway concessionaire and toll operator to have done such a program.

“Apart from helping various sectors, we also have to show everybody that we are very confident on our economy and its recovery,” said Ang. “That is why we have committed to continue all our investments on much-needed infrastructure and sustainable projects–so that when the pandemic is effectively dealt with, especially now that vaccination is ongoing, we will all resume our lives in an even better version of our country,” Ang said.

With a daily capacity of up to 200,000 vehicles, Skyway Stage 3, has significantly decongested traffic on Edsa. The Department of Public Works and Highways (DPWH) has estimated that it currently diverts at least 75,000 vehicles daily from EDSA and C-5.

“We aggressively pursued the completion of Skyway 3 despite all of the obstacles, including right-of-way issues, because our people need a long-term solution to traffic. We believe it can also help boost our economy over the long term as it provides, finally, a seamless connection between North and South Luzon. With the same dedication, we will pursue other major road and mass transport projects to benefit our countrymen,” Ang said.