San Miguel Corporation has officially completed its P1-billion Tullahan River cleanup project, which it started in 2020 together with the Department of Environment and Natural Resources (DENR) in support of government’s flood mitigation efforts and the rehabilitation of the Manila Bay.

SMC President and CEO Ramon S. Ang said that on its last day of operations at the Tullahan River, SMC’s cleanup teams extracted 1,342 tons of solid wastes, bringing the total for the more-than-two-year run of the project to 1.12 million tons of wastes removed.

“We are happy to report that in just a little over two years, we’ve accomplished our primary objectives:  to remove accumulated silt and solid wastes from the river bed, as well as deepen and widen it to increase its water holding capacity to reduce severe flooding,” Ang said.

While the Tullahan cleanup project has been completed, Ang emphasized that SMC’s river rehabilitation efforts are far from over. On the last day of its Tullahan operations, the company also marked the first year of its P2-billion cleanup initiative for the Pasig River, also a major tributary to the Manila Bay.

As of August 13, the company had removed some 510,760 metric tons of silt and waste from the polluted Pasig river, which continues to be a dumping site for untreated wastewater and solid wastes coming from multiple cities in Metro Manila.

The Tullahan cleanup project, which is aligned with SMC’s push towards greater sustainability and is part of its corporate social responsibility (CSR) initiatives, immediately benefits flood-prone cities along the Tullahan river, including Navotas, Malabon, Valenzuela, and Caloocan.

It complements the government’s program to install pumping stations and build river walls along the Tullahan.

In accordance with the dredging plan prepared the DPWH for the initiative, the Tullahan River rehabilitation effort covered a total of 11 kilometers, starting at the Manila Bay in Navotas City, to the section near the North Luzon Expressway in Caloocan City. 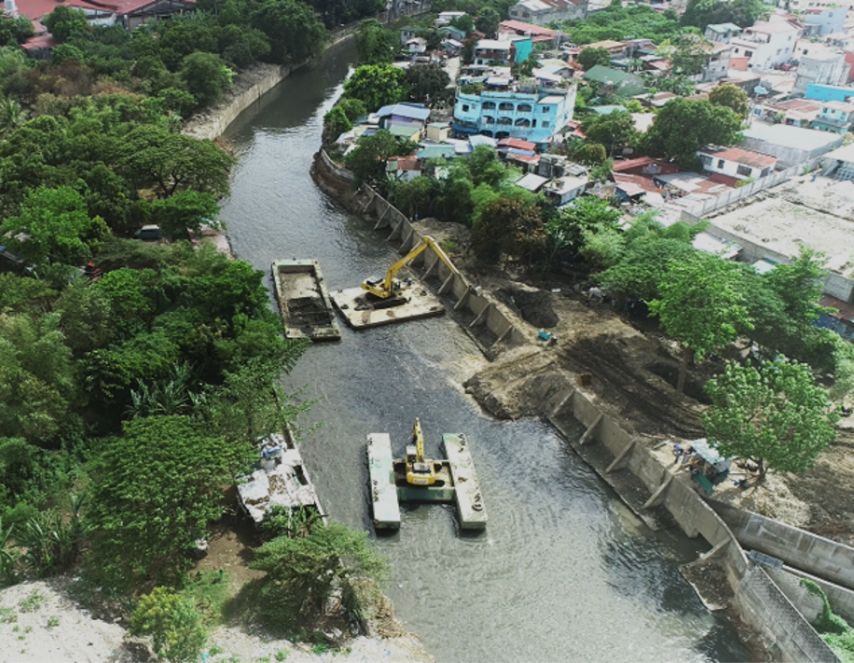 “I’m proud that our river rehabilitation teams were able breach the one-million ton target for the Tullahan in just over two years, despite pandemic restrictions. We owe it to the support of the DENR and local governments, as well as the dedicated work of our dredging teams. Through their efforts and with the right equipment, we were able to overcome the challenges of completing this important project amidst the pandemic,” Ang said.

He added that stakeholders can build on what had collectively been achieved at the Tullahan River with a holistic approach that will involve not just the regular removal of wastes, but also efforts to ensure that no wastes or untreated water are dumped into the river in the future.

“This will entail a solid waste and wastewater management system that will involve all stakeholders, including local and national government agencies, the private sector, and more importantly, the communities that are located beside or near the river.”

As an example of community involvement in addressing waste problems in many areas in the country, Ang cited SMC’s coastal cleanup efforts in Tanza, Navotas City that has removed a total of 10,799 sacks of garbage since October 2021 up to June this year.

In Batangas, employee and community volunteers have also removed trash equivalent to 5,660 garbage bags from the Calatagan coastal areas.

“This is just a small portion of the garbage that ends up on our bodies of water. The continuing challenge is how to keep plastics and other solid wastes from waterways, rivers, seas, and oceans. We all have a role to play, and I encourage our communities to be active and get involved, as they can contribute a lot to efforts to keep our rivers clean and healthy for good,”Ang said. 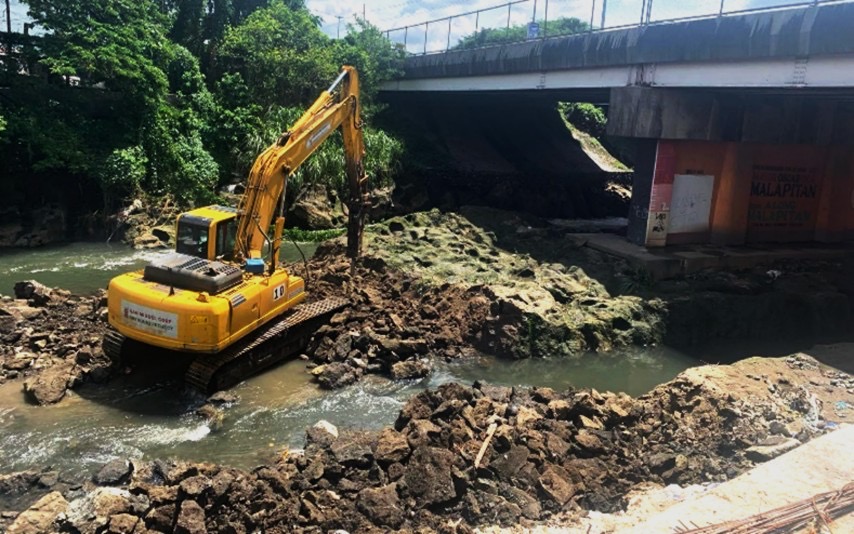 For the Pasig River cleanup and rehabilitation, Ang said: “We expect to intensify our operations as we move our dredging equipment to the mouth of the Pasig River leading to the Manila Bay in the coming days. This portion is crucial since based on our hydrographic surveys, easing the bottleneck by deepening this area will help increase the flow of water that leads to the Manila Bay.”

On top of significant investments it has made to acquire heavy equipment such as dredgers, backhoes, barges, and dump trucks among others, the company also received two high-capacity excavators from Japan shipping giant NYK Line, which decided to support the project via a US$ 1.5 million for the purchase of additional equipment.

With all its equipment and the hiring of more personnel, the company is confident it can maintain its 50,000 metric ton monthly target for its Pasig River cleanup.

Thus far, completed sections along the Pasig River now measure five to six meters deep–a significant increase in flood-carrying capacity coming from the two to three meters depths observed at the start of the project.