Rock and Roll Hall of Fame 2020 Nominees are out

It’s voting season again and the nominees for the 2020 Rock and Roll Hall of Fame have been announced. While the artists hail from different genres and types of music, the list is bound to spark some debate among music lovers and fans alike. 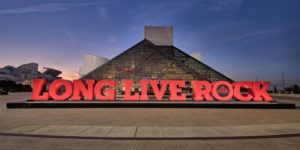 Now not everyone can be nominated.

For starters, the artist in question or band for that matter should have released their first commercial recording 25 years prior to the year of the nomination. This would explain why some artists who have been recording and releasing material were already assumed to have been inducted. Case in point, Whitney Houston and Pat Benatar for this year.

Like in the past, the public will be part of the voting process.

From now till January 10 the public will be able to vote via Google and search “Vote Rock Hall 2020” or any nominee name plus “vote” to cast a ballot with Google. They will also be able to vote at rockhall.com or at the Museum in Cleveland.

How this goes is that the top five artists selected by the public will comprise a “fans’ ballot” which will be tallied along with other ballots to choose for the 2020 inductees.
The Rock & Roll Hall of Fame 2020 Induction Ceremony will be held at Public Auditorium in Cleveland, Ohio on May 2, 2020.
Prev Next