Posted by Caz on January 6, 2020
Now if you’re thinking that it’s only Zack Snyder who had to scale down his vision and bend to the will of the big studio companies, in spite of creative protests, I figure that he is not the only director in the business who needed to compromise his vision for budgetary or other more practical concerns. The recent Star Wars film, The Rise of Skywalker, the last of the new trilogy and tasked to cap the entire Skywalker saga since it’s 1977 opening, is no exception. 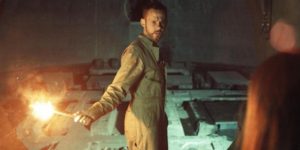 Actor, Dominic Monaghan, who everyone fondly remembers as Merry from the Lord of the Rings trilogy, has expressed his wish for a director’s cut of Rise of Skywalker to be released. He said that they have indeed shot several scenes only to have it be relegated to the cutting room floor. He teased that there was one sequence that never landed in theaters and it was a battle involving his character with a number of other members of the Resistance, including a scene with Kelly Marie Tran’s Rose Tico. Now, fans who saw the film did notice the lack of screen time for Rose and adding this deleted scene in would certainly appease some of the criticism the film has had and would greatly show other members of the Resistance interacting with one another as she herself had a big part in The Last Jedi.
He detailed that the cut scene involved him and Kelly Marie Tran as well as the character Connix, played by Billy Lourd. It was a sequence during the final key moments of the battle where they were helping one another to flee the battle. And this was just one of the cut sequences that he hopes will be included in the DVD once it is released. 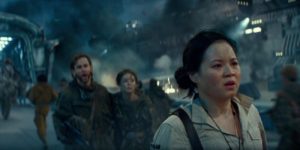 While a final confirmation for the release date of the film on home video has yet to be announced and the film is still showing worldwide, except here in Manila where it had to be put on hold during December for the Metro Manila Film Festival (MMFF), fans are speculating that the home video release may be during Spring or early Summer. That would mean March to April. And since DVD’s are starting to feel that their days are numbered, BluRay discs and official digital downloads would most likely be the format to see an increase and spike in sales when Rise of Skywalker finally gets released on home video.
Prev Next