Could they? Would They? Are They?

That’s the one running question playing in the minds of many Directioners out there every year. Will the group ever get back together again?

If you remember, the band broke the hearts of their fans back in 2015 when they went on hiatus and Zayn Malik left the group to become a solo artist.

Since then a lot has changed. All members have successful solo careers and if they ever get back together, now is definitely the time. 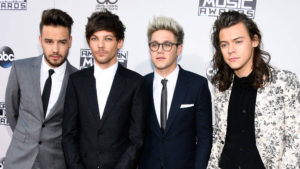 But while there is no official word, sharp-eyed followers noticed last weekend that the official One Direction Twitter account and the accounts belonging to members Harry Styles, Liam Payne, Louis Tomlinson and Niall Horan are once again following Malik’s account.
Recently Liam Payne appeared on an Instagram Live with his recent musical collaborator, Swedish DJ Alesso. He appears on Alesso’s latest single entitled, “Midnight”. And while Liam was online to promote the single, the brunt of several questions that were thrown at him did not have anything to do with the song but once more seeking to confirm a possible One Direction reunion.
Payne revealed that members of the band are currently in London and are arranging an online meet up as the current pandemic still prohibits any actual meeting and fosters social distancing. But apart from that, he is bound to keep silent and mum about any possible and even a discussion of a reunion amongst themselves.
Back in 2017, Niall Horan did give hope to the possibility that a reunion would certainly happen, and given that the group’s 10-year reunion happens this year, the timing feels right.
The question is…will Malik be joining them?
Now, that’s the other question that needs to be answered.
Prev Next