In a galaxy far, far away… Another series is in the making.

Disney has announced that a new animated Star Wars series will premiere on the Disney+ streaming service next year. 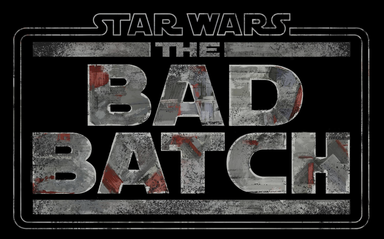 The new series entitled Star Wars: The Bad Batch,  will be executive produced by The Mandalorian and The Clone Wars‘ Dave Filoni and is set to follow a  unique squad of clones known as the Bad Batch, who were first introduced in The Clone Wars.

Set in the post-Clone War era,  the series will follow the Bad Batch as they take on different missions while struggling to find their new purpose in the galaxy following the conclusion of the long and exhausting battle that is the Clone Wars.

The Bad Batch, which is also called Clone Force 99, first made an appearance in the season 7 premiere of The Clone Wars, when they were recruited by Commander Rex. The clones themselves actually differ from their other clone brothers as each of them will be having a special skill.

No word yet on which clone has which skill, as I’d gather that would be better discovered in the course of the series, lest spoilers, but because these “Bad Batch” clones are superior soldiers, they were known to have a 100% success rate.

“Giving new and existing fans the final chapter of Star Wars: The Clone Wars has been our honor at Disney+, and we are overjoyed by the global response to this landmark series,” said Agnes Chu, senior vice president of Content at Disney+.

“While the Clone Wars may have come to its conclusion, our partnership with the groundbreaking storytellers and artists at Lucasfilm Animation is only beginning. We are thrilled to bring Dave Filoni’s vision to life through the next adventures of the Bad Batch.”

Brad Rau is set to serve as supervising director on the new series, while Jennifer Corbett will be head writer.