So much about mental health, these days have been said, and yet so much has also yet to be addressed by it. If you don’t talk about it, people won’t know. But then again, if you don’t talk about it, how will you cope? It’s a double-edged sword that this new documentary series aims to tackle and one that features a lot of celebrities including Prince Andrew and the Queen of Talk herself, Oprah Winfrey.

Debuting this March 21st on Apple TV, the docu-series is aptly entitled, “The Me You Can’t See.”

Prince Harry who co-created and executive produced the show with Oprah says, “To make that decision to receive help is not a sign of weakness. In today’s world, more than ever, it is a sign of strength.

In the trailer, Oprah and Harry are talking about the stigma that is around mental health and affirming that people who experience these debilitating problems are often called “crazy…lost it…or can’t keep it together.

The series comes in the wake of Harry’s participation in several prominent interviews where he openly discussed his own mental health.
Most recently, the prince admitted he was caught in a cycle of “pain and suffering” in the British royal family and hinted that he is heavily critical of the way his father, Prince Charles, raised him. 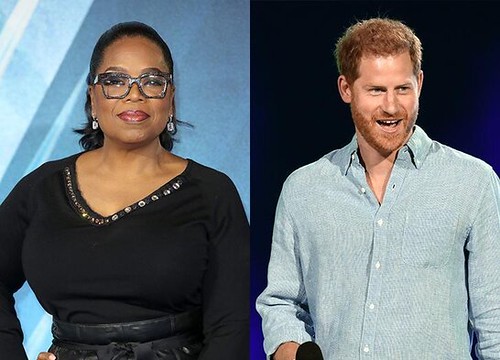 Harry is the perfect high-profile celebrity to discuss about mental health given his own emotional struggles as he revealed in his tell-all interview with Oprah back in March. And if that interview was any indication of how difficult it was for Harry and his wife to deal with all the speculations about his life and the pressures at having to be a royal and to conform, Meghan revealed that she contemplated suicide while pregnant with Archie.

When asked about his recent moving out of the Royal Palace during his interview with James Corden, this was what he had to say.

“We all know what the British press can be like, and it was destroying my mental health,” he said during the segment. “I was like, this is toxic. So I did what any husband and what any father would do.” 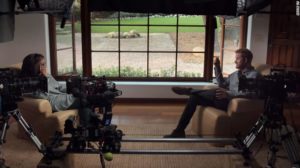 Apart from Oprah and Harry along with his wife, Mehgan, the docu-series also features appearances from celebrities including Lady Gaga, Glenn Close, and DeMar DeRozan, who openly and emotionally discuss their experiences of poor mental health.
Prev Next