Posted by Mellow_NewsDept on November 7, 2019

During his 35 year career, movie star Keanu Reeves has never been affectionate with a woman on the red carpet and he has not been in a serious relationship for decades. But all of that changed this weekend at the LACMA Art + Film Gala Presented by Gucci in Los Angeles as Reeves arrived holding hands with business collaborator Alexandra Grant.

Keanu, 55, and Grant, 46, proved that they have nothing to hide, the couple did not let go of each other as they exchange loving glances and pose for dozens of photos in front of the international press.

The rumored new couple had fun catching up with friends inside the event, which includes Will Ferrell. ‘During the cocktail hour, Keanu was spotted with Alexandra and another female friend catching up and chatting.

‘At one point, Alexandra handed a phone to the female friend and asked her to take a photo of the couple.’ 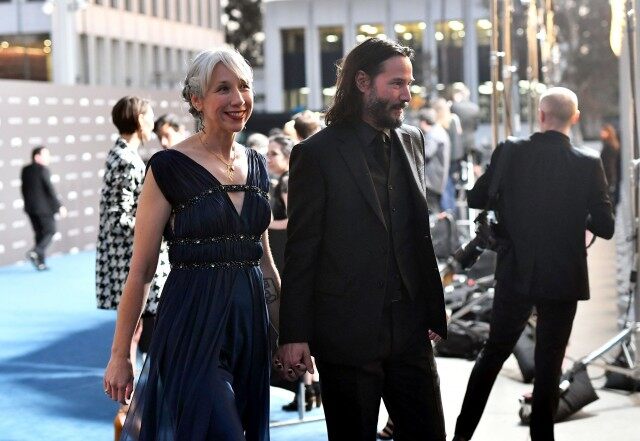 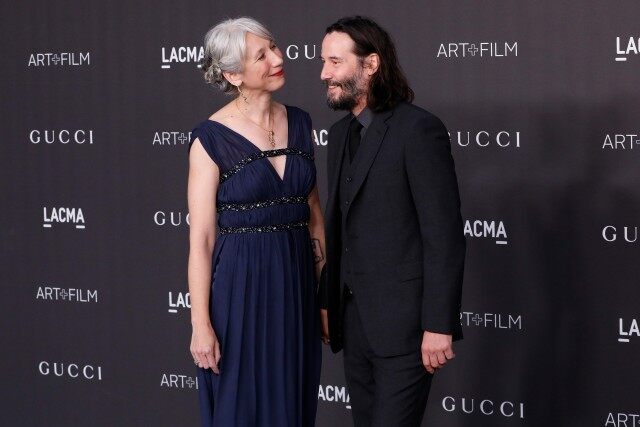 ‘They were smiling and having a good time, and immediately after taking the photo, Will Ferrell spotted Keanu and rushed over to say hello, bringing with him a small group that included his wife, Viveca Paulin-Ferrell,’ said an insider from ET.

On the books Ode to Happiness and Shadows, Alexandra and Keanu collaborated. Alexandra provided the visual art for the volumes and Keanu wrote poetry. They also have a publishing house X Artists’ Books.

Grant graduated from Swarthmore College and is a Los Angeles-based artist who uses language and exchanges with writers as a source for imagery in sculpture, painting, drawing and video.