It Runs in the Family 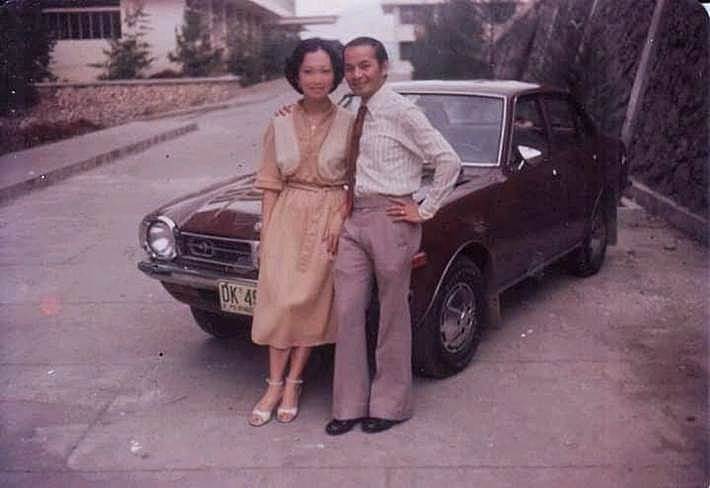 Filipinos have a penchant for treating their cars more than just another mode of transportation. With such a huge investment made into choosing the right car, it is not uncommon to see these machines become an integral part of people’s lives. For some however, a car is more than just another essential equipment of the household. To them, a car is a companion in life they grow old with. To them, a car is family.

This is how Ian Reyes, a long time Mitsubishi fan, has come to welcome the brand as an indispensable member of his family. You see, over three generations, Reyes’ family has owned various Mitsubishi models. It all started with the humble little 1972 Mitsubishi Minica.

“I was told by my Aunt Toto, my Mom and her sisters that it was the first Minica to be brought to Baguio after its purchase in 1972,” recalls Ian. The Minica was purchased by Ian’s late grandparents, Ruperto and Aurora Jonson. “I would guess they wanted something small and economical for them to go around town, therefore they chose the Minica. They saw it to be something different on the road, a head turner. Smaller than the Beetle 1200 and way smaller than the other bigger sized cars of post-war Philippines,” he adds.

Ian’s Auntie Toto would even recall her experiences with the famous micro car from Japan. “It was the choice of my late parents to buy the Minica after my graduation from SLU College of Nursing in 1972 for all of us to use and enjoy,” shares Toto.

The Mitsubishi car’s resilience and reliability made Ian’s grandparents choose another legendary nameplate as an upgrade to their growing family. “There was room for everyone with the Minica. But as the family grew, it was time to upgrade to the Lancer,” reminisces Ian. 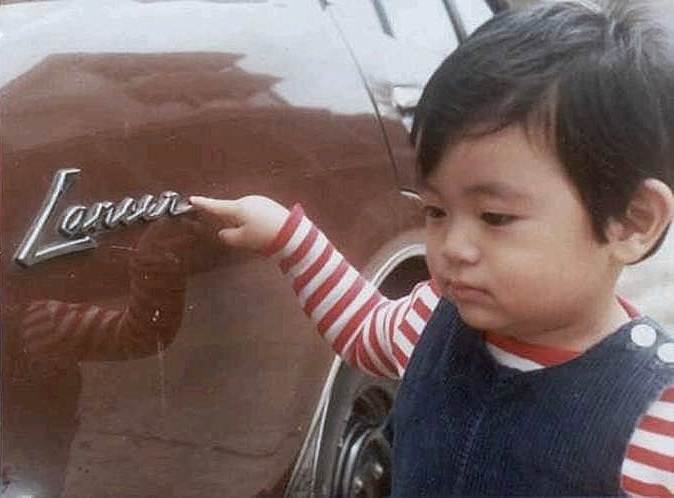 The Lancer L-Type would prove significant to Ian as his nickname was derived from this car. “I was born in 1978 and the L-Type Lancer was bought by my grandparents just before I was born. My cousins, sisters and I were all given nicknames aside from our actual names and I am honored to be given the nickname Lancer, which was timely because I co-existed with the Brown Lancer,” proudly claims Ian. He adds, “It was used from my infancy up until I started pre-school. Some relatives, especially those living in Angeles City, Pampanga, still call me Lancer to this day! Everything fell into place as to who I am at present – a Mitsubishi fanatic!”

The two Mitsubishi models would play important roles in the Jonson family as the years went by. “Both the Minica and the Lancer have served their purpose for work, leisure and survival. Survival because they were also used for fetching water during the city’s water crisis of the 1970s,” recalls Ian.  “There were not so many water delivery trucks back then so there was no other choice but to use our cars, especially the Minica.” He adds, “The cars were filled with all possible water containers as my sister, Celia Jonson Aquino, and nephew, Nap Garcia, drove to the reservoir where everyone lined up. The Minica was able to deliver despite its small body and 2 cylinder 400cc engine.”

Over the years, both cars have also proven to be reliable travel companions. “From Baguio, both the cars have been driven to Rizal, La Union, Manila, and even Batangas,” adds Ian. “The reliability of the Mitsubishi cars we have owned made them trustworthy partners in every trip we did. From the Minica, the Lancer and the other Mitsubishis our family has owned throughout the 1980s, all the way to the present. Our Mitsubishi cars through the years are proof that they can last forever with the proper maintenance.”

According to Ian, the car is an additional member of the family. “It is what you use to drive, to be seen at, it is an extension of your personality, it becomes a part of you, people know you are around because they see the car.” But for the rest of the Jonson clan, owning a Mitsubishi all these years is not only a demonstration of the family’s affinity for the brand, it is also a symbol of their trust, confidence and immutable bond with the three-diamond marque that has gotten their backs from the start. And isn’t that what family is all about?