The livestock sector still remains one of the most profitable businesses in the country. While it’s a craft that requires resources, this venture usually works for individuals with a small capital and little experience. However, success belongs to those who have the heart to persevere. A dose of hard work is also plus points, which is something Hoover Feeds proudly attests to.

Located in San Rafael, Bulacan, the company offers cost-effective and high-quality feed products that began as a trading business, supplying raw materials for feeds such as corn, soybean meal, copra, and rice bran. When the growing demand for feeds was booming in 1999, company founder Hoover Uy was inspired to try his luck on coming up with his own feed product since his current business at that time allowed him to study as well the feeds business. Additionally, he has been supplying raw products for feeds for years, which is where the beauty of the project lies. The path to perfecting its blend and mixing was definitely no easy feat, but his hard work paid off when customers who were able to try the samples began noticing its “surprisingly impressive” quality. Over time, Hoover began receiving orders and slowly transitioned to a full-pledged feed manufacturing company and the rest is history. 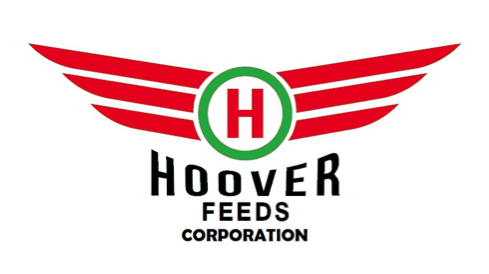 THE PRIDE OF THE NORTH

Hoover Feeds followed through with its success by being one of the in-demand feed brands in the north: Aurora, Bataan, Bulacan, Nueva Ecija, Tarlac, and Zambales, including Pampanga and Pangasinan.

The success of its top-of-the-line mixes is truly a league of its own and its animal nutritionists are its consistent partners to help them do the job. “Our nutritionist not only provides guidance for the mixes; it also ensures that our customers only receive feed products that will help the animals enhance their health and quality of life,” says Hoover. Just like the company’s high standard of excellence, this formula proved to be another factor that made Hoover Feeds a standout. “Aside from quality, price points are another vital consideration of our customers, that’s why we make sure they’re accessible and with long-term benefits. In essence, our detailed structure also helps us to closely improve our system and machinery, which in turn benefits small businesses who rely on our products.”

VALUE FOR MONEY PRODUCTS AT ITS BEST

“Maganda at putok ung likod ng mga baboy at manipis ang taba,” says Hoover Feeds retailer about its best-selling Hog Grower Farmblend. The company’s proud that the Hog Grower Farm blend is the ultimate choice of growers because it helps to produce pigs that have a high average of daily gain with superior carcass quality. This also means buyers can also sell their pigs at an earlier target date with satisfying results. “Gusto ng mga customers kasi yung

“What makes the company progress over the past 23 years even more heartening is that customers became loyal and they consider us a huge part of their growth.” Hoover Uy adds that he knows that they don’t only provide them with what they need at the moment, but their client becomes their partners in transforming the industry together.

Hoover Feeds’ best-selling Pre Starter, Hog Starter, Hog Grower, Hog Finisher, Broodsow & Lactation are certified staple feed products of hog raisers. However, they also manufacture products for quail, chicken, and duck all of which are being supplied in different parts of Northern and Central Luzon.

PICKING UP THE PIECES AFTER THE PANDEMIC

Hog raisers experienced their first blow of catastrophe during the ASF outbreak in 2019. Some leading customers of Hoover Feeds were forced to make a hard decision to temporarily shut down or minimize their operations in order to sustain the business. And what could’ve been the worst nightmare was a subsequent unfortunate disaster, particularly when COVID plagued the country and the whole world recently. Consequently, this also means cutting down Hoover Feeds’ operations and picking up the pieces where it left off, one day at a time.

Right now, the goal is to secure more opportunities for distribution and increase efforts among raisers to be able to try Hoover Feeds products. “CALABARZON is a potential region where hog raising dominates the livestock activity. We can see that the demand is doubling every year, especially since it has the highest number of farms recorded.”

As we approach the Holiday season, pork products like Ham and Lechon will be in-demand commodities. However, with 50% of Filipinos’ protein source that comes from pork, hog raising will always be a profitable venture despite the challenges that come with it. Proper feeding is crucial for hogs and when choosing the right brand for feeds, Hoover Feeds provides high-value results that will improve the lives of their customers’ families and the communities they serve.