One of the good things about having a streaming service is that content that you have watched before and would most likely watch again is readily available and just at the tip of your fingertips. You control what you watch and when you watch.

So when NETFLIX acquired the rights to stream the hit tv sitcom, FRIENDS, about a couple of years ago, it was the perfect time to revisit old friends (see what I did there?) and acquaintances and watch this beloved 90’s show all over again, or (gasp) for the first time. 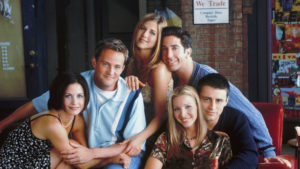 But subscribers in the US were disappointed to find out that by Jan 1, 2020, their beloved FRIENDS was removed from the streaming service. The removal is actually a year late as the NETFLIX asked for an extension before the show was supposedly to move to the Warner Bros own service. When that didn’t happen, it was the perfect time for NETFLIX to continue draw in new subscribers at a whopping price of $80 million just to keep the rights to broadcast the show. Fans knew that they would not be able to watch it again past 2019 and for that alone, gave NETFLIX, the edge that it needed against other streaming platforms.

Now the show has found a new home and will be made available on HBO Max and Warner Media is paying a huge $425 Million to make that happen for the next 5 years! While it will be a big boost for the network, it won’t affect NETFLIX as much as the service has decided to continue pushing for its own original content rather than paying to license someone else’s.

For the moment, this move may be true for US subscribers to NETFLIX, and as of this writing, local Philippine subscribers are still enjoying the 10 season run of the show. The next question is for how long will FRIENDS be available locally on NETFLIX.

Well, your guess is as good as mine.

So if haven’t seen the show or would want to watch all 236 episodes all over again, we suggest you begin NOW!