After weeks of speculation and following his cryptic posts on his Instagram account, Take That frontman, Gary Barlow has confirmed that he has a new album in the works. He said that the new album is a first for him in his career, for he will be recording it with an orchestra! And he is stoked. 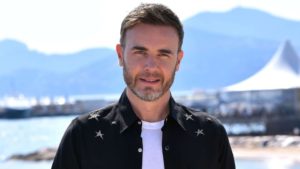 Frankly, so are we!

The album, while untitled yet, is expected for a 2020 release during the Fall. This would make it around September or October of next year. While fellow British singer-songwriter, George Michael, has attempted something similar with his album, Symphonica, that featured live performances and some originals plus cover songs,  you’ll be happy to know that Barlow’s new album will be all originals with contemporary orchestral arrangements.

And for artists and creative people, that really is the compass that guides them in their creative journey. And as fans, that’s all we can really ask, that they always give us their creative best.