BTS to release a “Yet To Come”, Hyundai version 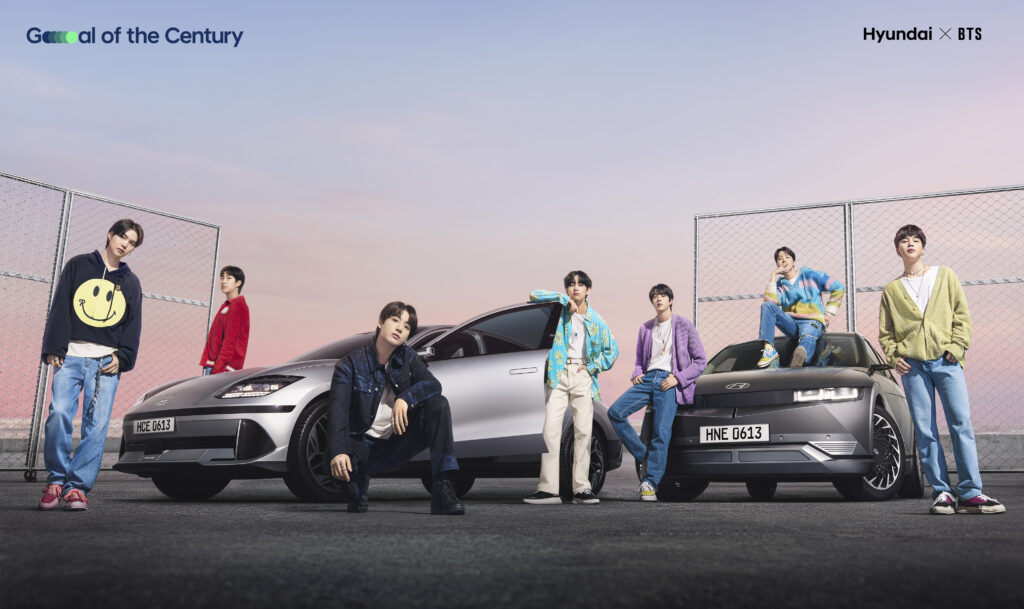 Hyundai Motor Company announced that it will release “Yet To Come (Hyundai Ver.)” with BTS for the ‘Goal of the Century (GOTC)’ World Cup campaign song. The song will be released on September 23, 2022, 18:00 KST (05:00 EDT) through streaming platforms such as Spotify and Apple Music, along with a full music video on Hyundai’s official YouTube Channel.

“Yet To Come (Hyundai Ver.)” is a British rock remix version of BTS’ “Yet To Come (The Most Beautiful Moment),” which emphasizes the climax to deliver the cheering message for ‘Goal of the Century’ and anticipation toward the World Cup.

“As one of the most influential global artists in the world, BTS and their music greatly influence our society to develop in a positive direction. Through the World Cup campaign with BTS, we hope to create an opportunity for people all over the world to unite towards one goal of sustainability and cheer each other up,” said Jaehoon Chang, President and CEO of Hyundai Motor Company.

The campaign song utilized the original lyrics and added lines such as “Now the vision is clear, the Goal of the Century is here”. Plus, the song is also filled with lyrics such as “I know, together, we’ll make it better” and “We’re gonna run till a new tomorrow” in hopes to create a better future together.

The campaign message is also conveyed in the one-minute preview of music video, which was pre-released today, showing BTS’ GOTC campaign song delivered all around the world by people singing it together in the stadiums. The film visualizes the world that Hyundai wishes to create through the 2022 FIFA World Cup™, expanding the solidarity of those united together in football to achieve the ‘Goal of the Century.’

In addition, the official music video depicts Hyundai’s future aspiration to transform into a Smart Mobility Solution Provider by featuring Spot® from Boston Dynamics, AAM (Advanced Air Mobility) flying into the skies of the city, and IONIQ 5 and IONIQ 6 traveling throughout the city. 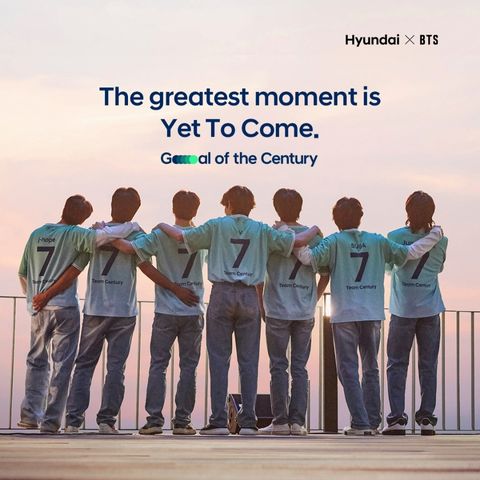 In an effort to spread the message further, Hyundai Motor will launch a TikTok challenge #TeamCentry12 on October 1 for the global fans to enjoy via Hyundai’s official TikTok account (@Hyundai_worldwide). The #TeamCentury12 challenge illustrates the Goal of the Century’s solidarity message through a simple dance move that shows a shoulder-to-shoulder action.

The company launched its global sustainability campaign ‘Goal of the Century’ on April 22 in line with Earth Day for the upcoming 2022 FIFA World Cup™. The campaign is part of the company’s continuing mission to achieve carbon neutrality by 2045 at all stages of its production and operation.

Hyundai also announced that Ella Mills, a renowned British food writer and founder of Deliciously Ella, and Alex Morgan, an American professional football player and FIFA Women’s World Cup™ champion, have joined as the 10th and 11th members of Team Century and plan to promote the campaign in their respective markets. Furthermore, Nicky Woo plans to hold a photo exhibition on the subject of sustainability at Hyundai Motorstudio during the World Cup as a part of a team member’s campaign activity. As such, a total of 11 Team Century members are actively taking part in the World Cup campaign in their respective fields.