Bryan Adams “So Happy It Hurts” Tour comes to Manila! 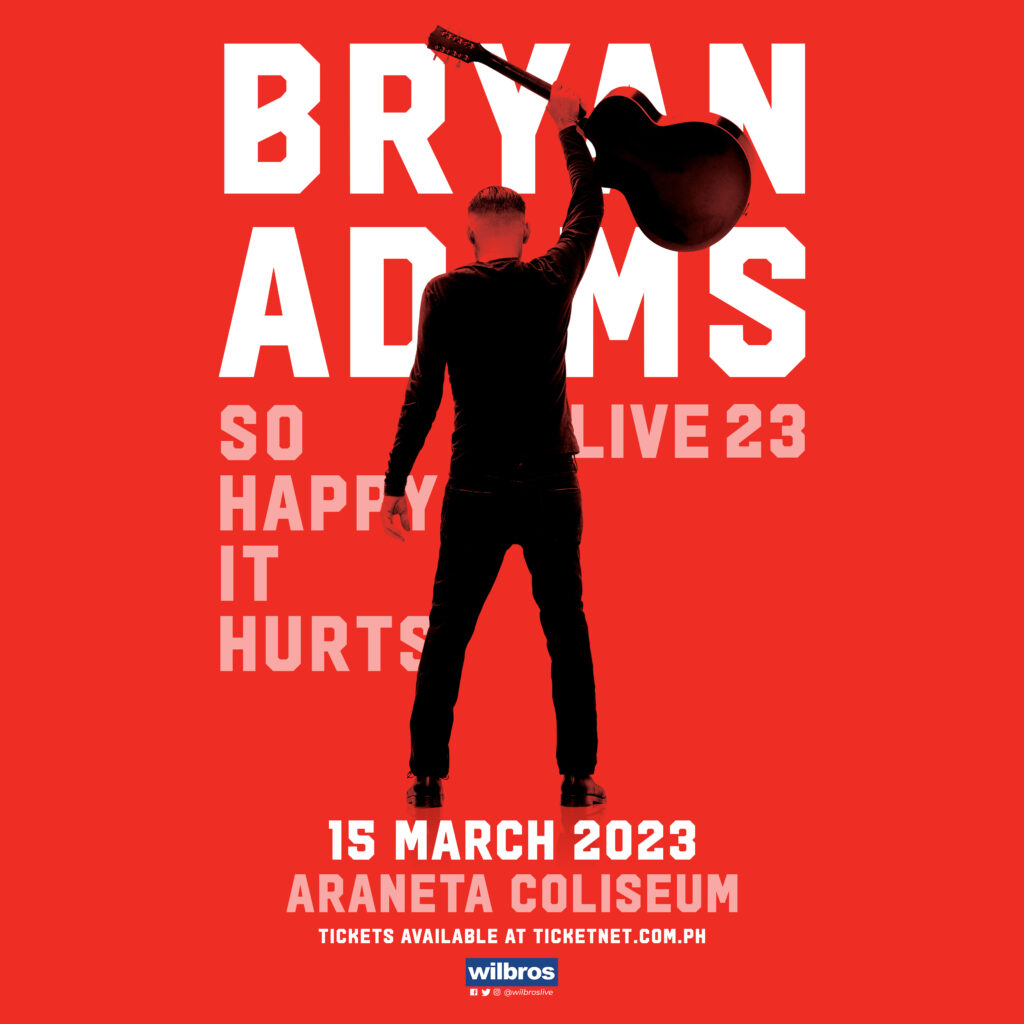 Grammy-winning singer-songwriter Bryan Adams announces the Asia leg of his ‘So Happy It Hurts Tour’ with a concert in Manila on March 15, 2023 at the Araneta Coliseum. Presented by Wilbros Live. Tickets go on-sale on Friday, November 25, 10AM via TicketNet.com.ph and TicketNet outlets nationwide.

Bryan Adams is one of the most exciting live musicians in the world and his energetic performance, effortless stage presence and incredible vocals are guaranteed to thrill and entertain. His classic hits include Summer of 69, Heaven, Straight from the Heart, Cuts Like a Knife, Run To You, Please Forgive Me, All For Love, Have You Ever Really Loved a Woman, I Finally Found Someone, and (Everything I Do) I Do It For You.

Adams’ influence extends four decades, over which time he has released 16 studio albums. This year alone, he has released two new studio albums – So Happy It Hurts and Pretty Woman – The Musical. He has also re-recorded some of his classic hits – Classic PT I and II were released digitally with Platoon and are available physically with BMG.

His song writing has garnered him numerous awards and accolades including three Academy Award nominations, five Golden Globe nominations, a Grammy award, an American Music Award, ASCAP Film and Television Music Award, and multiple Juno Awards among others. He is a recipient of a star on the Hollywood Walk of Fame, the Allan Waters Humanitarian Award for his charitable concerts as well as the Governor General’s Performing Arts Award for his lifetime contribution to the arts in Canada. He is also set to be inducted into the Songwriters Hall of Fame this fall.
Prev Next