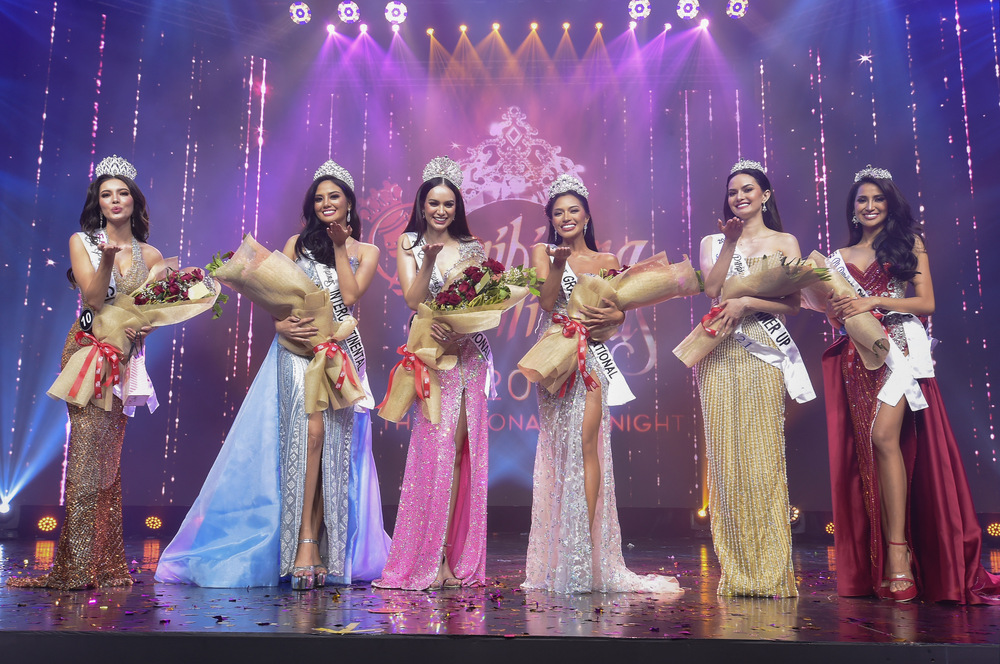 Four beautiful, intelligent, and eloquent Filipinas were crowned at the Grand Coronation Night of the Binibining Pilipinas pageant held on July 11 at the Smart Araneta Coliseum.

“We are extremely proud of all of our winners tonight,” Irene Jose, Binibining Pilipinas Executive Committee member said. “These women showed unparalleled resiliency, beauty, intelligence, and talent, and the fact that they are all going home as winners is a testament to these qualities. We are excited for the next phase of their journey and we will be behind them all the way.”

The four crowned winners will have the chance of a lifetime to represent the Philippines at some of the most prestigious beauty pageants internationally.

The pageant was the first-of-its-kind event to be held with a live telecast from the Smart Araneta Coliseum. The event was approved and closely guided by the Inter-Agency Task Force for the Management of Infectious Diseases (IATF). This is also the first time in the 57-year history of Binibining Pilipinas that the pageant took place in a bubble, where all candidates were locked-in the Novotel Manila Araneta City. Aside from this, the strictest health and safety protocols were implemented and adhered to to minimize the chance of contracting COVID-19.

Special titles were also awarded during the Grand Coronation Night of Binibining Pilipinas. The Best in National Costume is Ma. Ruth Erika Quin, while Lesley Anne Ticaro received the Ms. Friendship title and the Ms. Talent award was given to Vianca Marcelo. Meiji Cruz was named Best in Swimsuit and Gabrielle Camille Basiano was given the Best in Long Gown title. Another special award is the Face of Binibini Award which was awarded to Patrizia Garcia.

Meanwhile, here are the recipients of other special Awards:

With the theme “I am Binibini”, the 57th Binibining Pilipinas pageant went back to its core values, celebrating and elevating Filipinas while empowering and enabling them to showcase their beauty, grace, and wit on a global stage.

This year’s Binibining Pilipinas took place after hitting pause last year because of the impact of the pandemic. And as we continue to tread the road towards recovery, this year’s pageant also aims to inspire Filipinos while persuading the public to avail of vaccines being offered by the government.

“Through the years, Binibining Pilipinas has gone beyond the bounds of being a beauty pageant. It has served as a beacon of hope for many Filipinos. This year, as we continue to face the challenges and uncertainties brought by the pandemic, Binibining Pilipinas reassures Filipinos that there is hope. We will get over these difficult times and we’ll eventually return to a sense of normalcy. But for that to happen, we need to do our part, and that means we need to get vaccinated,” Jose said.