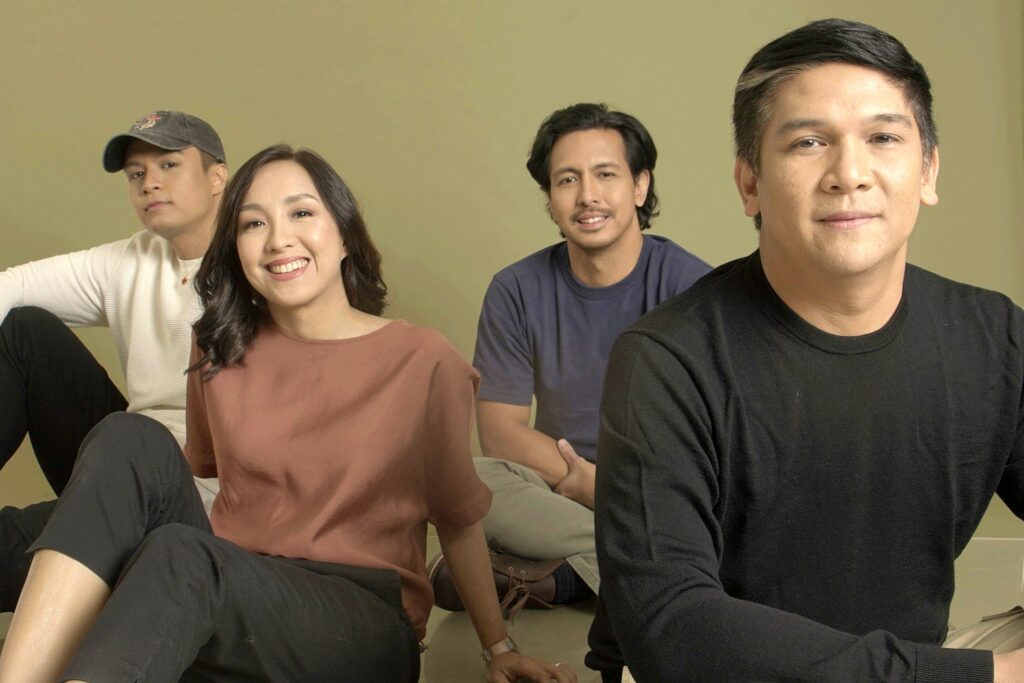 Released under WATERWALK RECORDS, “PIRASO” tackles the journey of healing and spirituality amidst the crippling fear of uncertainty that all four artists have personally experienced in recent years. The song not only articulates the collective frustrations and sacrifices that people have to go through in order to cope with depression caused by the pandemic, but also reveals how faith has become a source of comfort and strength during trying times.

According to Almalbis, producer-extraordinaire Jungee Marcelo was responsible for bringing them together. She immediately said yes after finding out about the other musicians involved in the project and what the music stands for.

“I have always been a fan of Mark and Pochoy, and I was also looking forward to working with Jarlo, because Mr. Jungee really looked up to him as a young producer,” the Silaw hitmaker admits. “We started writing the song virtually, just exchanging ideas via a chat group, then eventually met up in person to tie everything together.”

Despite their busy schedules, the four powerhouse acts managed to squeeze time to record the song before the year ended. Almalbis reveals that the entire team behind “PIRASO” felt a strong sense of achievement with how the final product turned out. “On the day we finished writing the song, we made a makeshift vocal booth in our house, which turned out to be a great sounding room for vocals. Pochoy then went home to do the bass track. A few days later, we hung out at Mark’s studio to finalize the drum parts. I did a bit more guitar work at home, and Jarlo did the rest of the production, recording his vocals and adding piano, samples, and synths in his own place.”

Dicta License’s Pochoy Labog admits that the collaboration was out of his comfort zone, but the experience, according to him, was an absolute joy. “We flowed so well and nothing was forced. Writing the lyrics was like being in a discipleship group or household –we plugged in words while sharing life experiences and our own walks with God. It was one of the most profound moments in my musical journey.”

Surprisingly, the all-star collaboration turned out to be a very moving piece that raises the bar for all the musicians involved in terms of songwriting and artistry. Bâse, in particular, was grateful and honored to be part of this massive endeavor that brought a different kind creative synergy and excitement.

“I’ve always looked up to Sir Jungee and everyone at WATERWALK/Sony Music for their love and excellence in making music,” says the young singer-songwriter. “I hope people would enjoy and be blessed with the song we all made together.”

“PIRASO” is also Mark Escueta’s first project with WATERWALK RECORDS. He is thankful to be part of a music project that aims to inspire people from all walks of life. “It’s an honor and a blessing to be part of this project and I know that WATERWALK RECORDS will continue to touch so many lives in the years to come.”

“PIRASO” is out now on all digital music platforms via WATERWALK RECORDS.

For more updates on the new tracks, artists, and upcoming events, please follow: