An unexpected sequel. Bring It On!

Ever since Kirsten Dunst portrayed the child-Vampire Claudia in the film adaptation of Anne Rice’s Interview With The Vampire, we have been cheering for her ever since. And when Bring It On came out in 2000 fans were equally cheering alongside her and the rest of the Toros. 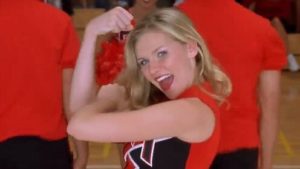 Just when we thought that was the last of it, here comes another one.

In the wake of the original movie’s, 20th Anniversary celebrations last year, there is a rather intriguing Halloween-themed sequel that’s on its way. But like past sequels, we are not holding our breath for either Kirsten Dunst or Gabrielle Union to make an appearance and reprise their roles, however memorable.

The latest spin-off this teen classic is called Bring It On: Halloween, and is coming to the small screen instead and will air on the Syfy channel. 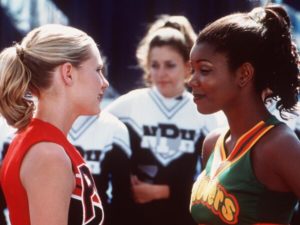 While the plotline is wholly unoriginal and would involve an embattled cheering squad being held down by “restrictive rules”, things take an interesting turn however when the team goes off to practice at an abandoned gym and one by one, the members start to disappear. A cross between Scream and Scooby-Doo, the members soon are saddled with the task of uncovering their mysterious assailant.

Like in past sequels, we are not holding our breath for either Kirsten Dunst or Gabrielle Union to make an appearance and reprise their roles, however memorable. But in a panel last year, Union did say that she is on board to make an appearance as “it would be interesting to see where these characters are 20 years later.”

Should that be the case, we would totally be on board with it.

Ready your pom-poms this Halloween, it’s time to bring it back and Bring It On!