A spin-off for Stranger Things?

After it was announced that the 5th season of the show, Stranger Things, will be its last, fans have been speculating how the show intends to end its hit run.

But show creators, the brothers, Matt and Ross Duffer have hinted that they may just yet continue the story of Hawkins’ favorite kids by way of a spin-off. 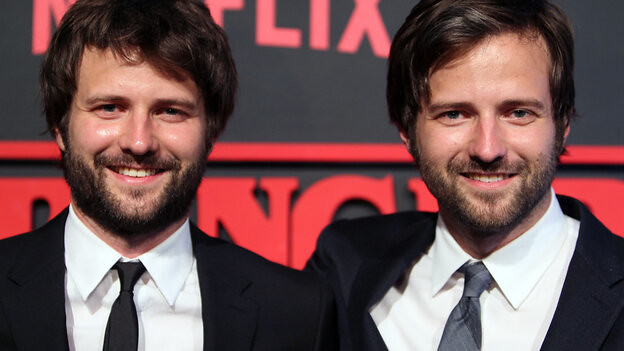 The brothers also admitted that they already anticipated early on about the end of the show while writing its second season, which ended with Eleven fully shutting the door on the Upside Down amidst the misgivings of her surrogate parental figure, Sheriff Hopper, played by David Harbour.

This speculation by fans was also fueled by the comment the brothers made that after deciding to end the series by the 5th season, they both felt that there was still “enough tank in the gas”, so to speak.

The Duffer brothers also quickly teased that while they felt that it was the right decision to leave the audience with more, they have not detailed any specific plans for the Stranger Things universe as a whole.

“We haven’t told anyone of our plans, not even NETFLIX!”

“We have some ideas. In terms of if we were to do any sort of spinoff, or any continuation of Stranger Things, for us, the bar was always ‘Is the idea exciting enough that we feel the pull of wanting to do it again?'”

Matt Duffer further explained the condition for a spinoff: “I want to feel the pull of ‘God I really want to do this. I feel really, really excited about this.’ So that’s why we’re being careful about what that is and whether we move forward with it or not.”

Stranger Things season 4 will premiere in two parts, on May 27 and July 1 – streaming on Netflix.