Whatever victory or fun idea it is, the Filipinos’ initial way of celebrating the moment is through a good and loud high five. It is just right then that the game-changer smartphone brand for the youth, realme Philippines, celebrates the same way. With its recent milestones such as opening 4,500+ stores nationwide and being hailed as the world’s fastest-growing smartphone brand, realme is giving its Filipino squad a jovial high five through the launch of the first sub-P15K quad-camera smartphones – the realme 5 and realme 5 Pro!

Packing high-tier features such as quad cameras, powerful processors and huge-capacity batteries, the realme 5 and realme 5 Pro are ready to join the Filipino squad’s exciting adventures and APIR -worthy celebrations. 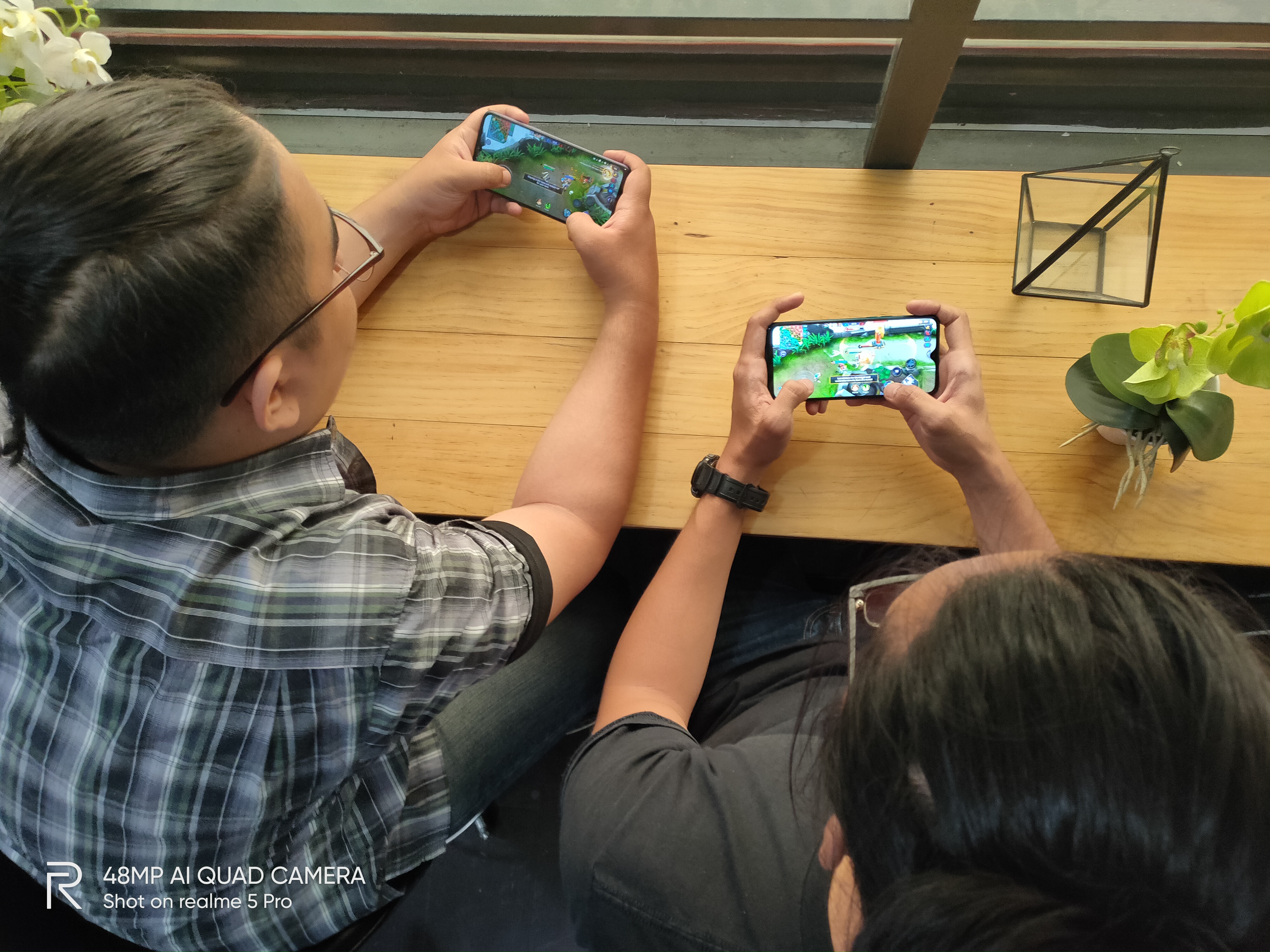 Launch an attack, slay an enemy, claim victory. This is basically the game plan of anyone who wants to be a Mobile Legends Mythic. Form a band of heroes with your squad and get ready to draw your sword and launch your attacks in high-definition graphics with zero lags. The realme 5 and realme 5 Pro sport powerful Qualcomm Snapdragon™ 665 and Qualcomm Snapdragon™ 712 AIE processors to deliver good gaming experience with a smooth frame rate, rapid operation, surround sound and HD true image.

The realme 5 Pro also packs Hyper Boost 2.0, which supports two powerful engines: Frame Boost and Touch Boost. These improve the performance and stability of the mobile phone during games and ensure the best gaming experience for users by optimizing the stuck speed and touch performance. Be ready to be an e-sports legend! APIR! 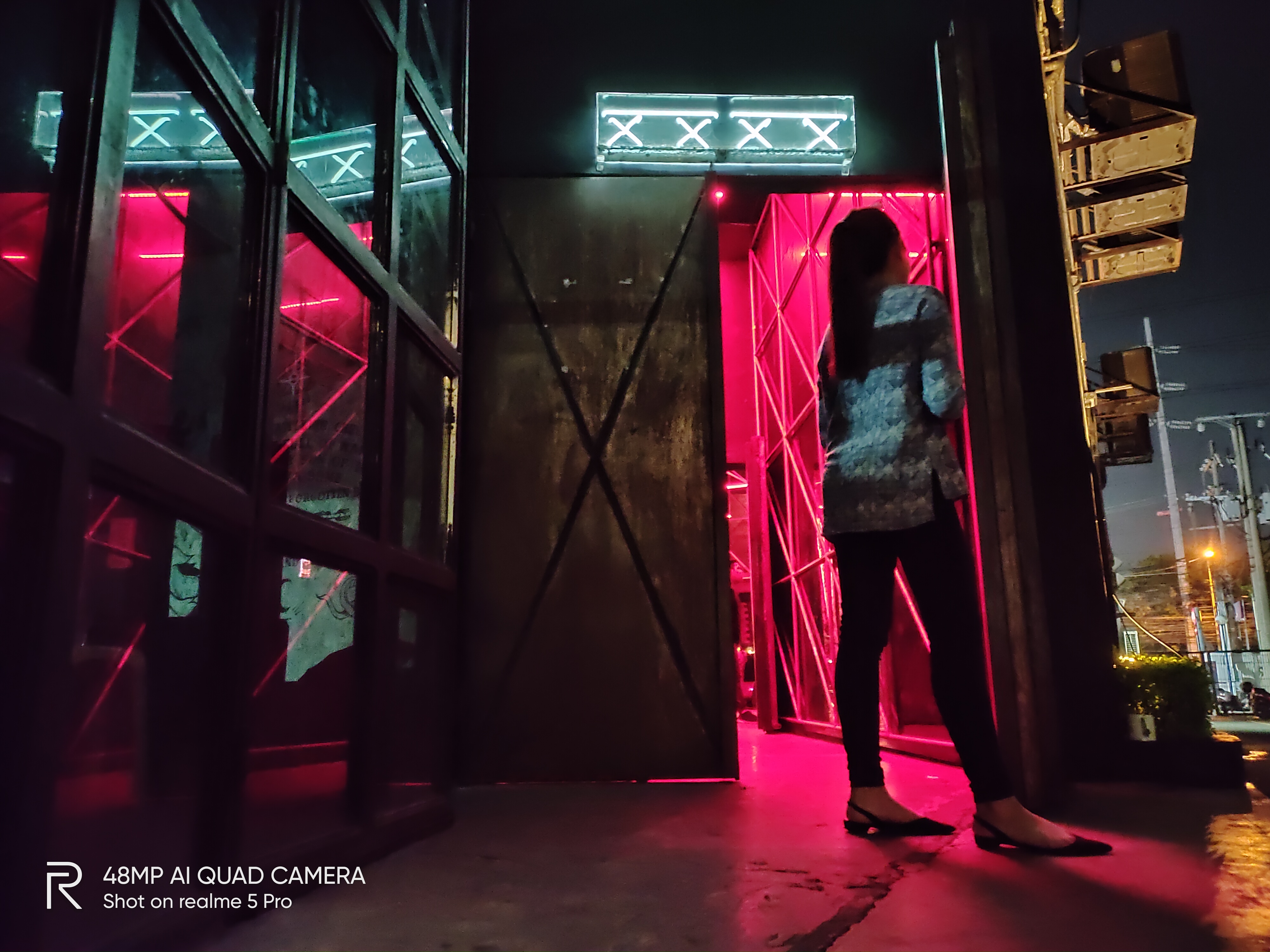 Chancing upon or discovering beauty such as the brief chuckle of a child, a butterfly sipping sweet nectar or a perfectly timed, golden-lit landscape can happen any time and without warning. Who would not want to record such beauty through a multitude of breathtaking snaps? Fret no more if your BJ Pascual-talent friend or bulky DSLR camera is nowhere near. Shoot like a pro with the realme 5’s quad cameras.

The realme 5 and realme 5 Pro are the first devices to bring quad-camera technology to the sub-P10K and sub-P15K segments. The devices have four lenses: an ultra-wide angle lens, a main camera, a portrait lens and an ultra-macro lens. The realme 5 Pro even packs a 48MP main camera optimized with a Sony IMX 586 sensor. Capture beauty from afar or even up close and be amazed with the equally clear, refined images without filter nor studio lighting.

Further enrich the colors of your snaps with Chroma Boost, which enables the device to optimally use its AI engine in recognizing scene information, restoring real details, and enhancing brightness and colors. Show the beauty in every moment captured. APIR!

A night out with friends in Poblacion or High Street spells an aesthetic of light paintings, neon lights and sharp silhouettes. Capture all your late-night moments— from the carefully curated OOTNs to booze-powered wacky poses—with the realme 5 series.

Photo grains and dotted noise are a thing of the past with the realme 5’s Nightscape mode, which uses night scene algorithm combined with AI technology with multi-frame engine to optimize camera performance in extremely low-lit scenarios. Handheld stabilization, highlight suppression and improved dynamic range further make night photography even more fun. Paint the colors of the night with your squad and immortalize these memories in an IG post or Facebook album. APIR! 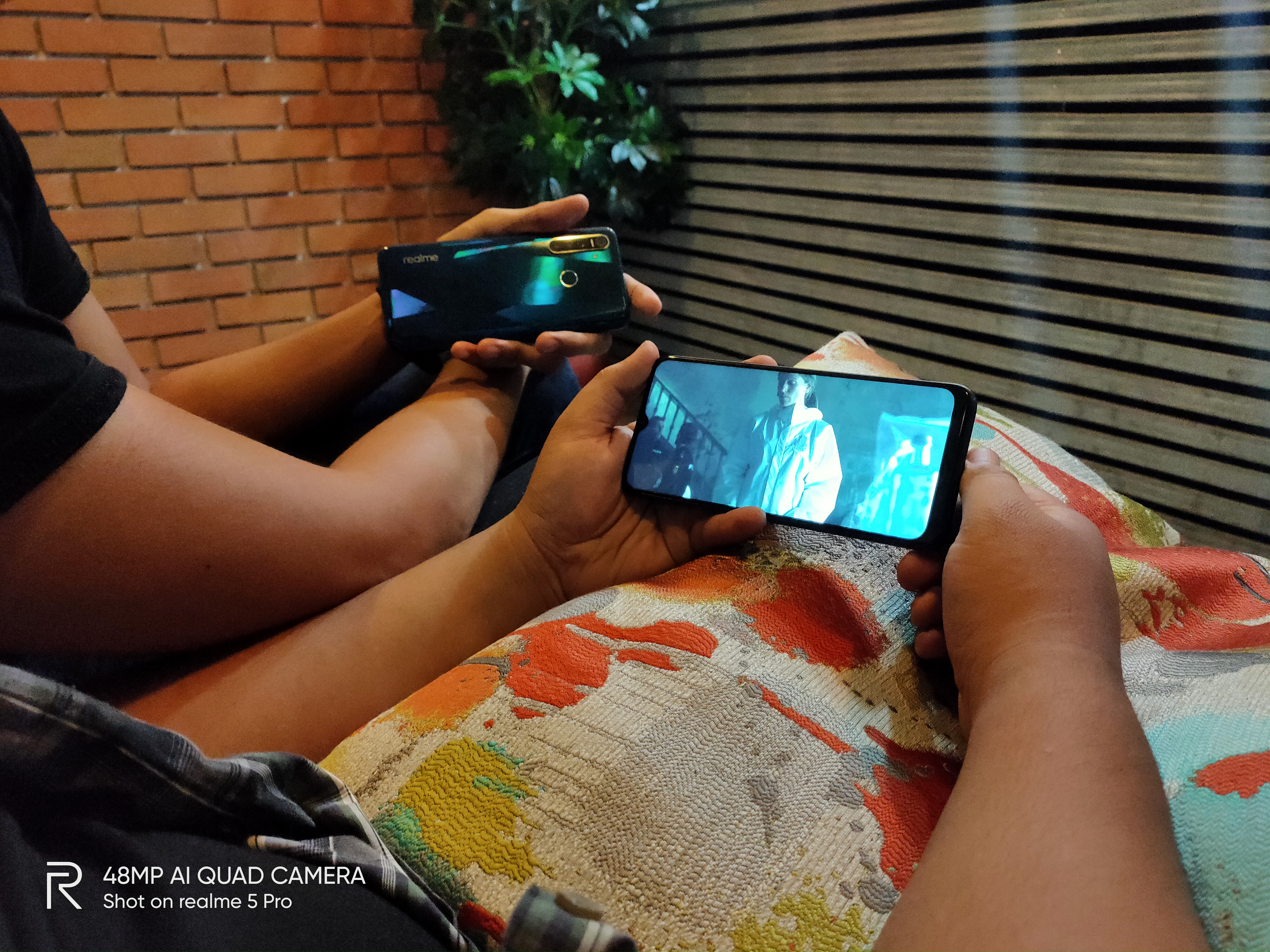 We’ve all been there before — a litany of “isang episode na lang” even while facing deadlines or evading the sandman’s spell. But are we to blame if the night is just perfect to sing along to bella ciao, bella ciao, bella ciao? Or your lunch break is just not enough for all the kilig in one season of that Netflix original?

Have the best and most-immersive episode marathon experience with the realme 5 and realme 5 Pro. Both phones pack a display with 89 percent and 90.8 percent screen ratio, respectively, giving users the same viewing immersion as that of a silver screen in the comfort of their home or room.

Battery juice is not a problem either. Under the realme 5’s hood is a large-capacity 5,000mAh battery capable of taking you to season enders. Charging is not a problem with realme 5 Pro because it features a 20W VOOC 3.0 Flash Charge Technology, which aptly complements its huge-capacity 4,030mAh battery. With the realme 5 series, Netflix and chill are easily your go-to breather. APIR!

In this day and age of on-the-go content creation, sharing and consumption, share experience or get updated on your friends’ adventures as easily with vlogs. From funny pranks and thrilling dares to high-brow events *insert Heart Evangelista’s channel*, memories of adventures are much more easily shared with everyone through vlogs.

Record up to 4K videos with the cameras of the realme 5 series. The devices’ front and rear cameras both feature Electric Image Stabilization (EIS) to prevent unnecessary shakes.

The realme 5’s video function supports recording slow-motion videos in 240fps and 720p while the realme 5 Pro enables low-motion video recordings in 960fps and 720p, allowing users to smoothly capture moments frame by frame. Both the realme 5 and realme 5 Pro support video editing so users can add and adjust video speed, add filters, texts and soundtrack effects or render edited videos through the theme function. Through the realme 5 series, you can bring a little more light to the world by sharing your special moments and fun life bits. APIR!

The realme 5 series is ready to join all your apir-worthy adventures and celebrations!

Customers are encouraged to follow the realme official Facebook, Twitter and Instagram accounts. Purchasers of the realme 5 Pro and realme 5 are also welcome to join the realme community on Facebook to see the latest news and discussions about the brand. Members also get exclusive invites to gatherings, special offers and many more.