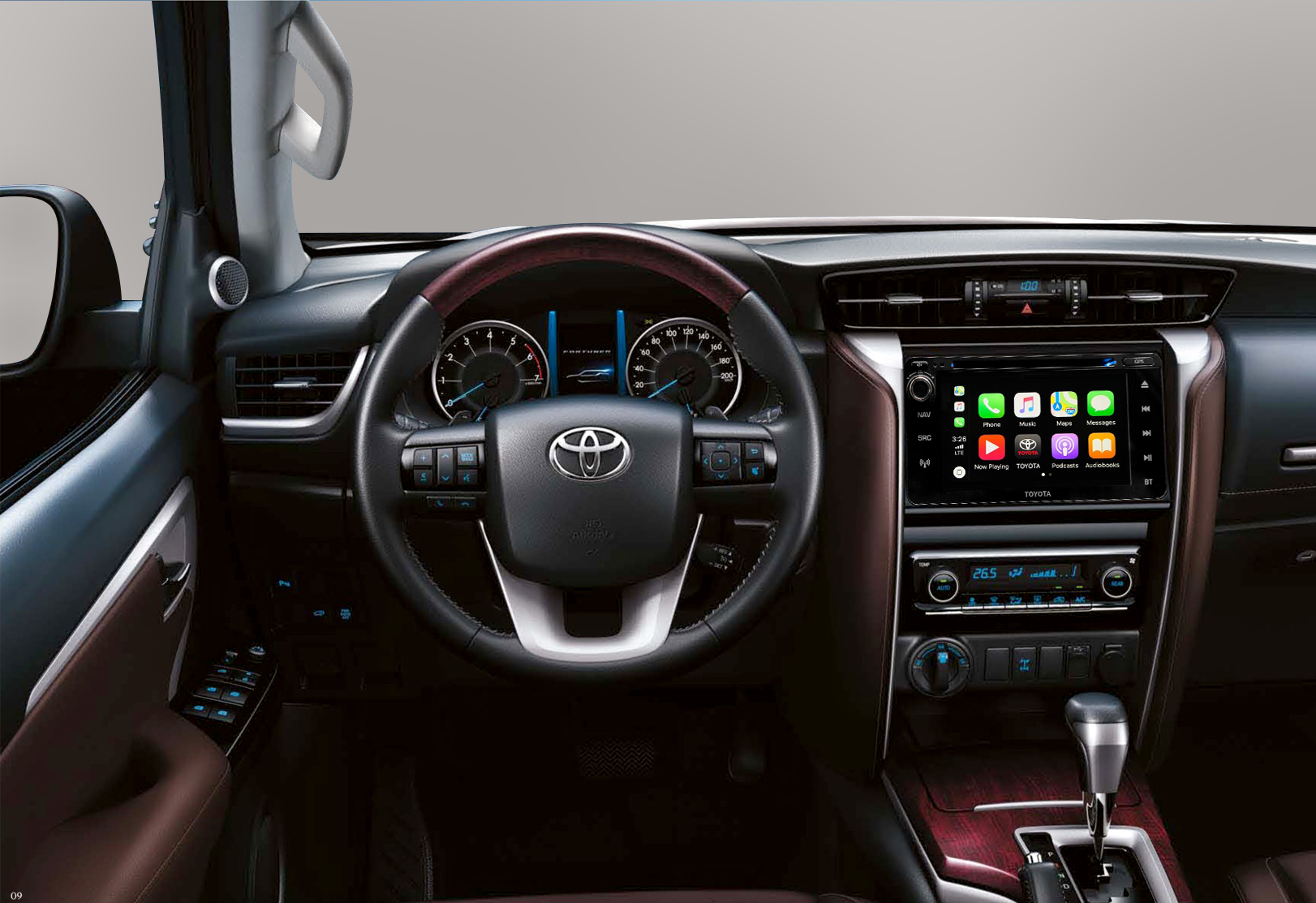 Toyota Motor Philippines (TMP) updates the infotainment system of its best-selling midsize SUV, the Toyota Fortuner. Starting this September, all six (6) variants of the Toyota Fortuner will now have the Apple CarPlay and Android Auto mobile compatibility features pre-installed.

Aside from this software upgrade, the head unit’s hardware also receives significant changes such as a new dedicated SD card slot for multimedia, 6.75-inch total screen size, and 512 MB of RAM with 8GB of ROM (both previously at 256MB). The updated Toyota Fortuner is now available in all 70 Toyota dealerships nationwide.

“Toyota listens to the demands of the local market, and we are always on the lookout when it comes to adapting technologies that make driving easier, safer, and more enjoyable for everyone,” said TMP First Vice President Ms. Cristina Arevalo. “Equipping the Fortuner with Apple CarPlay and Android Auto is something our customers will surely appreciate.”

Apple CarPlay and Android Auto are both smartphone mirroring services that allow drivers to focus on the road with quality-of- life features such as GPS navigation, music playback, and managing texts and calls, all through the vehicle’s built-in display.

Their common goal is to minimize driving distractions by making it easy for drivers to control these factors by using voice commands, touchscreen panels, and traditional knobs or buttons in their car’s infotainment setup. 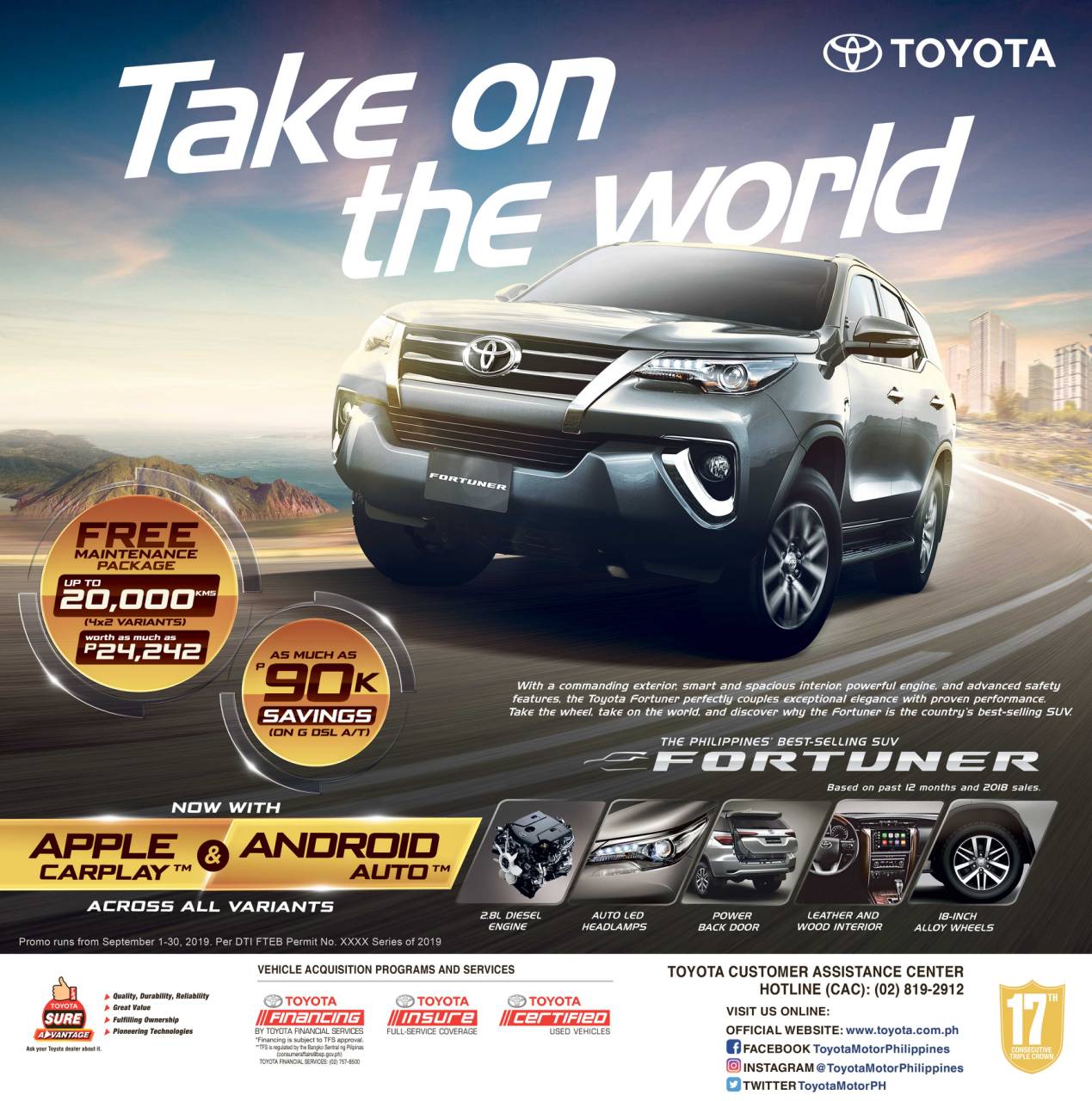 “We’re confident that this much-anticipated set of software and hardware improvements will make the Toyota Fortuner even more appealing to its target market,” she added.

Year-to- date, the Toyota Fortuner already sold a total of 12,519 units, again cementing its status as the SUV of choice among Filipinos. Next to Metro Manila, Toyota Fortuner sales in terms of volume are strongest in Calabarzon (Region IV) and Central Luzon (Region III) areas.

For additional reference, below are the Toyota Fortuner’s official variants and pricing: 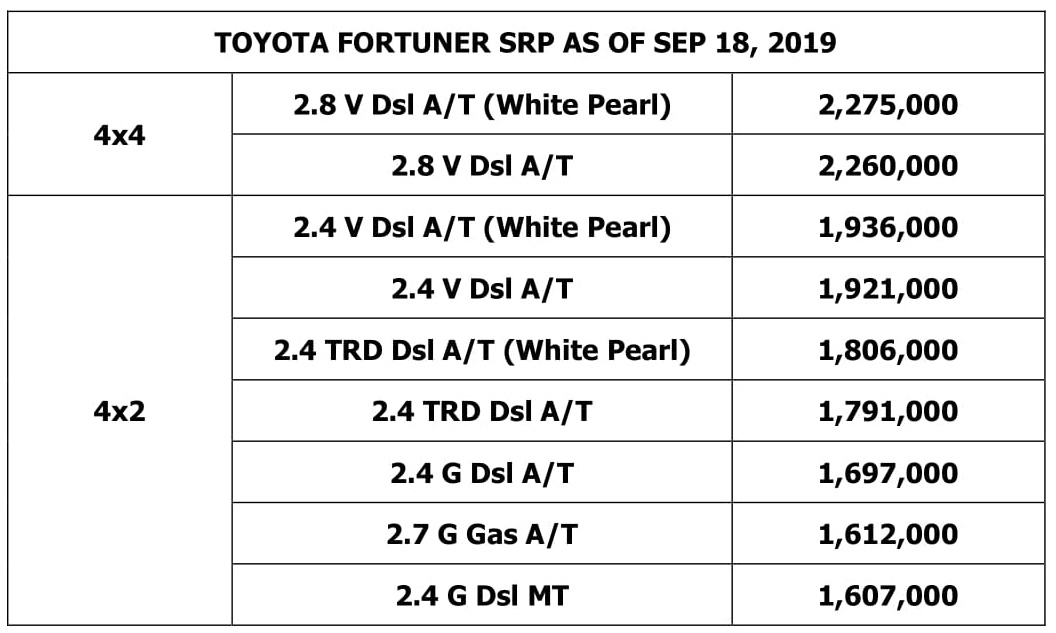 For the latest Toyota news and information, visit TMP’s official website at www.toyota.com.ph and follow the official Facebook page at www.fb.com/ToyotaMotorPhilippines . To know more about the updated Fortuner, please go to any of Toyota’s 70 dealerships nationwide.