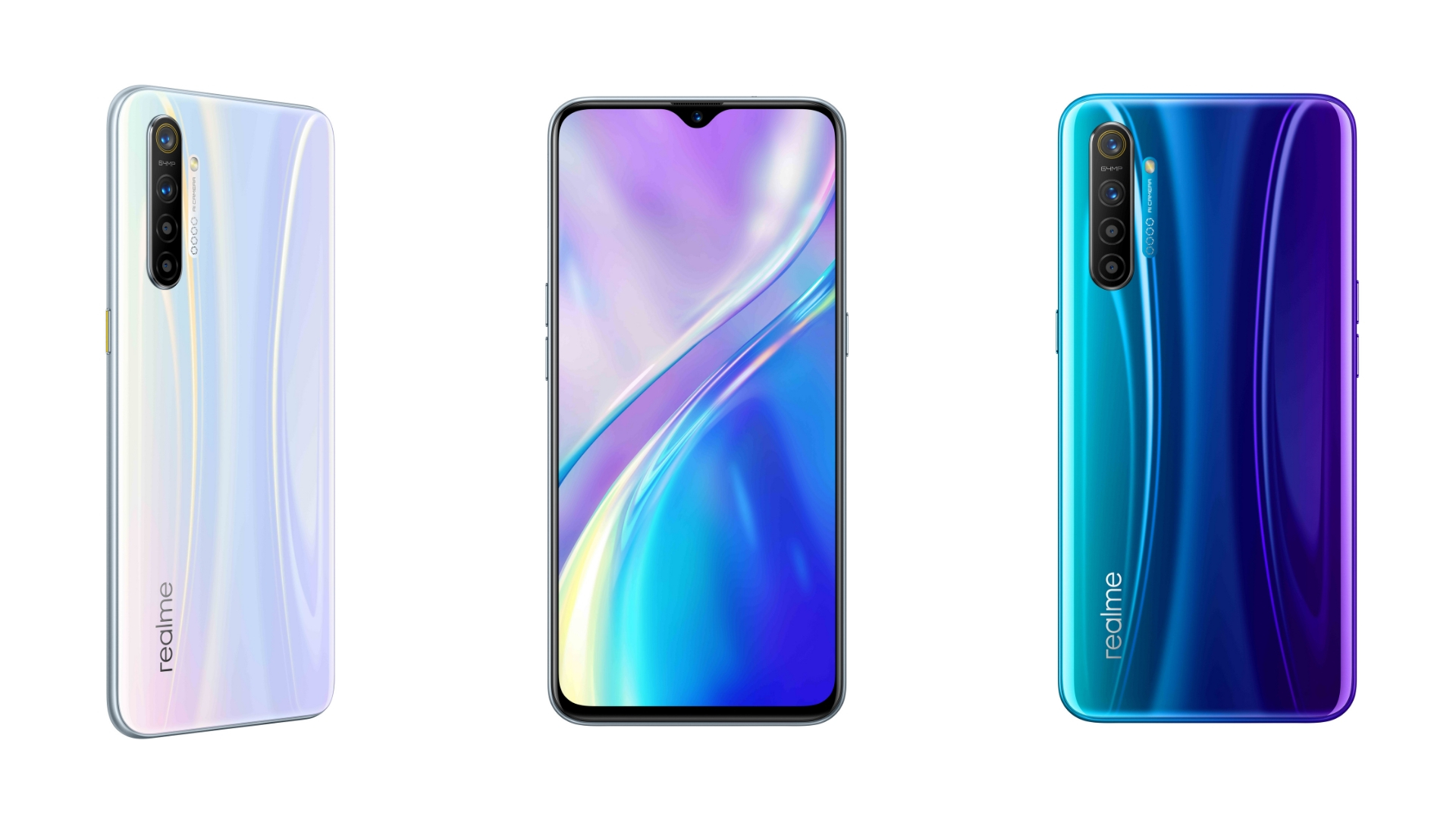 The realme XT is aimed at shaking up the midrange segment, redefining it with flagship features complementarily combined in one device. The realme XT undoubtedly has the best smartphone ecosystem in the sub-20K price segment.

The device packs a 64MP ultra high-resolution sensor, the first in the world to be announced with such. This flagship imaging capability is further boosted by 4-in-1 intelligent pixel binning, f/1.8 large aperture and 6P lens with superior light-gathering capability. Along with the ISOCELL Plus technology, the 64MP Samsung GW1 sensor uses Tetracell 4-in-1pixel technology to combine four adjacent pixels into a single 1.6?m large pixel.

The phone is capable of taking 9216 x ?6912 ultra-detailed photos in the Ultra 64MP mode with a photo size that is four times larger than a 16MP shot for XTra-crisp details. The phone’s four lenses – a 64MP primary lens, an ultra-wide-angle lens, a macro lens and a portrait lens – enables a budding photographer to explore and master a broader range of photography work.

Under the realme XT’s hood is a powerful Snapdragon 712 AIE, the best processor for a 64MP quad-camera smartphone in this price segment. It also features a 10nm process and improved clock-speed of up to 2.3Ghz for 10 percent overall performance, and 35 percent graphic performance improvement over previous realme generations. Furthermore, the 3.0 AI engine greatly enhances speech recognition, image processing and optimization efficiency.

The realme XT is also a gamer’s delight. Its Hyper Boost 2.0 brings the all-new Game Boost 2.0, featuring Frame Boost and Touch Boost to reduce game latency by as much as 73.7 percent. Users can store all the games into Game Space and enjoy a more immersive gaming experience. The Do-Not-Disturb mode and semi-transparent pop-ups help cut interruptions while gaming. Battery life is not a problem with the realme XT’s 4,000mAh battery, complemented by 20W VOOC Flash Charge 3.0, which allows full charging within just 80 minutes.

The realme XT’s build and design hold the signature contemporary aesthetic gene of realme. Realme XT’s elegance is clearly displayed in its light-flowing 3D Curved Glass Design, reminiscent of the smooth geometric curve, hyperbola. The realme XT is ready to immerse its users in multiplayer tourneys, video streaming and net surfing with its 92.1 percent screen-to-body ratio, well-complemented by a sharp 6.4-inch FHD+ Super AMOLED display. Capping off the phone’s visual theatrics is its 3D hot-bending Gorilla Glass 5 in the front and back. The realme XT is available in two colors: pearl white and pearl blue.

The realme XT also sports the latest optical fingerprint scanner module from Goodix 3.0. The latest solution doubles the sensitivity area, increases the signal intensity by 40 percent and requires only an average of 334ms to unlock the phone. It is currently one of the fastest fingerprint experiences in the market. 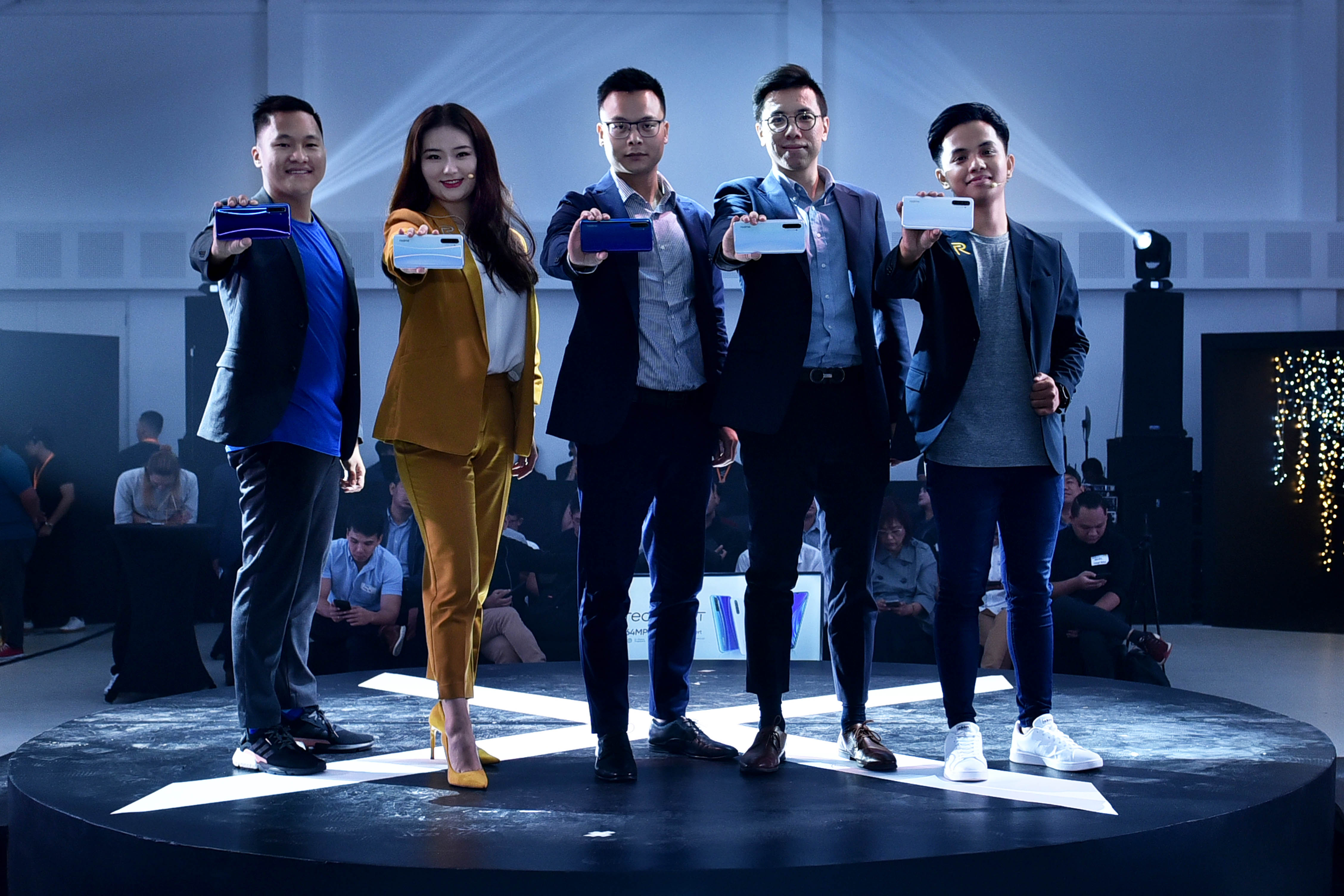 “The realme XT is a superphone that is perfectly aligned with the lifestyle of the vigorous and aspirational Filipino youth. We are confident this device can embolden this young generation to achieve their goals and dreams, may these be in photography, e-gaming or content creation. Get ready to go the XTra mile with the realme XT,” shares realme Philippines Marketing Director Austine Huang.

The launch of the realme XT in the Philippines is one of the many milestones the brand has achieved this year. Recently, it was announced that realme has grabbed the 7th spot on the list of top smartphone brands in the world, recording an 808 percent year-on-year growth in shipment, as published in the Q3 2019 mobile phone shipment report of international analysis firm Counterpoint. Fueling the brand in its full-speed product distribution is its rapidly growing international customer base, which as of writing has reached 17 million, a 70 percent expansion in just two months. Locally, realme ranks 5th among the top smartphone brands in the country whose products are availed through the plans of the financing company Home Credit.

Intensified presence in different countries such as the Philippines and strong market initiatives continue to boost realme’s local and global position and enables it to secure a spot among the leading brands. Realme Philippines, which has the biggest and strongest smartphone community online and offline locally, is expecting more Filipinos to join the realme squad with the launch of the realme XT.

The realme XT is available locally in the 8GB RAM+128GB storage configuration, the only 64MP smartphone in the country to have such. Priced at PHP16,990, the device is ideal for the tech-savvy, app-loving, file-heavy Filipino users.

Pre-order starts October 29, until November 8 with a minimum down payment of PHP500.00 at any realme store. Those who would avail of the pre-order promo will also get to claim a pair of realme Youth Wireless Buds worth PHP3,499. Customers may claim their pre-ordered units starting November 09. Currently, realme Philippines has 11 concept stores, 17 exhibits, 206 kiosks and 4,500 partner stores. The realme XT may also be availed through the 6- or 9-month 0 percent interest plans of Home Credit.

Those who will purchase the flagship-class smartphone will also be welcomed to the biggest online smartphone community, the realme Official Facebook community, which now has 50,000 members and is continuously growing. Get pro tips, phone hacks and first dibs on all things realme straight from fellow realme squad members and the realme Philippines executives themselves.